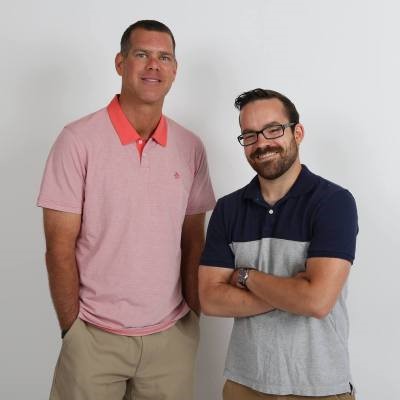 A Corporate Cut-Back Took The Vital Organ Out Of AM 1260, Severing Ties To Thousands Of Loyal Show Followers.

Last week the long-time drive-time duo was dropped by iHeart Media as part of nationwide mass layoffs to restructure their organization after coming out of bankruptcy a year ago. Below is a re-publishing of a blog post made on January 14th by Kent Sterling.

It’s a shame when two good people lose their jobs.  It’s also a shame when radio listeners lose daily contact with voices they have come to trust as friends.

Both happened when iHeart Media decided Jake Query and Derek Schultz should no longer have a daily show on WNDE 1260AM.

The writing was on the wall in July when iHeart moved the sports talk product off of 97.5FM in favor of yet another Top 40 station designed to appeal to a younger demographic.

AM Radio is still a viable delivery system in many cities, but not in Indianapolis where companies other than Emmis Communications refuse to invest in products transmitted there.  At Emmis, their AM product is simulcast on two FM translators, so even with 1070 the Fan they have worked around AM’s limitations to broaden its local reach.

1070 the Fan has long dominated the sports talk format in Indianapolis with a lineup of major league play-by-play and 10 hours of local talk programming every weekday, but it was nice to have an alternative from 3p-7p, and Query & Schultz provided one with sports discussion that showcased the widely divergent personalities of the two hosts.

I don’t think Jake would mind me describing him as flighty.  While you can spell Query without “A-D-D”, you sure can’t describe his on-air persona without those letters.  As for Derek, he likes to be organized and is relentlessly detail-oriented.

Somehow, someway, these two smart and capable, yet disparate hosts made this show work for nearly nine years, and that is a hell of an accomplishment.

Radio has long been a medium determined to cause itself harm by cutting expenses to achieve financial gain.  There is a point at which trimming expenses eliminates unique attributes, and many radio companies breached that membrane over a decade ago.

Human beings are necessary to connect listeners to a station, and Query & Schultz were the only two human beings left at WNDE.

Radio stations are like bodies.  You can lose tonsils, your appendix, and one of your kidneys.  The spleen and gallbladder can be removed too.  Companies with radio holdings have started removing livers, hearts and brains.  iHeart ironically removed the heart from WNDE.

Jake and Derek will succeed as they evolve into what’s next for each of them.  Maybe they stay in media, or they might decide to abandon it as it’s become a source of more pain than pleasure.  I’m bullish on both finding challenges that engage their estimable talents.

As for iHeart Radio, I’m not as optimistic.  After word of layoffs reached investors, its stock price rose to close at 2.87, up four-cents from its low for the day.  Seems even cuts aren’t rallying investors now.  Without much talent left or management to lead them on a daily basis, radio stations will soon be without listeners who respond to advertising.  Without advertising, well…

My contempt for iHeart’s decision to pull the plug on Query & Schultz does not reflect a disdain for radio – talk radio especially.  When staffed by professionals committed to sharing perspectives and information with listeners in a creative way, radio is still capable of building a substantial audience and serving as a vibrant forum for a community like Indianapolis.  It’s also capable of turning a nice profit.

I would point to Dan Dakich on The Fan, Hammer & Nigel on WIBC, and the Smiley Show on WZPL as local Indianapolis shows that continue to engage us with consistent excellence.  WTTS remains a great example of a station rooted in music that connects our community.

But the time has come for companies to invest in unique talent, not cast them aside because the expense being trimmed is more important to investors than the revenue they are capable of creating.  Visionaries need to see radio hosts as the most dynamic and personal conduits available between an advertiser and customer – not as numbers on a spreadsheet.

Radio is not dying, but it has been injured by short-term decision making from unimaginative executives incapable of running a single station, let alone 850.

Sadly, Query & Schultz were just two of the casualties today as radio became a little less valuable and special.