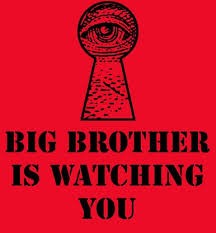 General Motors’ Study Finds Listening Habits, And How Info Might Be Used By Advertisers.

Part 1 of this report was published by the Detroit Free Press on this site two weeks ago.

“In grocery stores there is a direct relationship to what’s being sold,” Krishna said. “In radio, this information will be what specific radio stations people are listening to and what times. But what’s being listened to and what’s being advertised — that connection is a little nebulous to me right now.”

GM presented its concept at the Association of National Advertisers’ 2018 Data & Measurement Conference earlier this month.

WARC, a global digital subscription service that offers advertising best practices and other insights to global companies, attended the conference and prepared a report that it shared with the Detroit Free Press.

“We sampled (the behavior) every minute just because we could,” Park explained.

Here’s what GM learned, according to Park:

The owner of a Cadillac Escalade large SUV might be more inclined to listen to a radio station that is different from someone driving a GMC Yukon, even though that also is a large SUV.

“Even in this world of crude radio-station entertainment, different types of people listen to different stations in different kinds of vehicles,” said Park. “And you can start testing (that) by sending them different kinds of advertising to see some kind of behavior in the (listening) patterns.”

The study did find a pattern created by drivers during such events as rush hour, the middle of a storm or, she said, the day after Thanksgiving. “Everybody’s at the mall, and from one vehicle to the next, their radio choices are consistent.”

Park said one way to study how the data might be used to customers’ advantage is with GM’s in-vehicle Marketplace, which the automaker introduced 18 months ago. Marketplace lets drivers make purchases from the car through partners including Dunkin’, ExxonMobil, Applebee’s and more. Drivers can make restaurant reservations through Marketplace, too.

“It’s a commercial platform that lets drivers access some of these merchants,” Park said. “If you happen to be going home and you pass by a fast-food fried chicken place where you’ve eaten before, there’s a chance that (this represents) a pattern.”

The results are still a “work in progress,” Park said.

Jim Cain, GM spokesman added, “We now know that we can glean important insights on radio listening habits. It has generated interest in the advertising and broadcast communities. But we don’t have any new projects to announce at this time.”

While it all might seem a bit invasive, the benefit is that the advertising might evolve into something the consumer is actually interested in, said Ramsey.

This collected data also will be more accurate than any survey of people’s listening habits because it is monitoring real behavior, said Michelle Krebs, executive analyst at Autotrader.

Most automakers look to get the most bang from their advertising dollars, said Krebs, adding, “Consumers may be concerned about the privacy, but that’s not just an auto company issue.”

Krishna and Ramsey agree that nearly all industries are studying consumer habits to create customized advertising toward people’s consumption habits, and it can be intrusive.

“As long as we’re collecting data from consumers, it is a little Big Brotherly; there’s no way around it,” said Ramsey. “But if it’s implemented to improve the service we get, that’s a trade-off and most people are willing to give to get.”