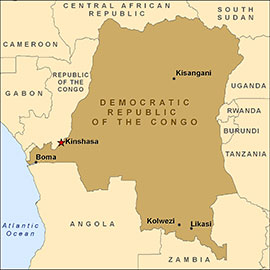 Samsung Corp. is reaching all the way back to 1933 to present the latest in smartphone technology: FM radio.

I only wish Apple Inc. would be so modern.

Using a free app called NextRadio, owners of the next-gen Samsung phones sold in the United States and Canada will be able to tune into any FM station in range. It’s a superb idea — possibly a lifesaver.

Who needs FM, in a world of Wi-Fi and 4G broadband networks? I did, just a few weeks ago during a tense trip to Africa, when an FM-compatible phone kept me connected to the rest of the world. And you might need it too, when a severe nor’easter or a brutal hurricane rips up the cellular network.

FM provides an alternative to services like iHeartRadio, which streams broadcast stations over the Internet.

These services run down a phone account’s monthly data allotments, and work only when the network is intact. But NextRadio will turn new Samsung phones into plain old transistor radios, picking up over-the-air broadcasts free of charge, with no impact on your phone bill.

This should have happened years ago. As I reported back in 2014, radio chips inside most smartphones have long been capable of receiving FM signals. But on most phones, the feature is deactivated. Manufacturers and cellphone networks like Verizon, Sprint, AT&T, and T-Mobile have not explained why very well, but it’s easy to guess: Carriers make money when we use more data bits. But they don’t earn a dime when we pluck FM broadcasts out of the free airwaves.

The US radio industry has lobbied the federal government to require all smartphones be FM radio-ready. Ajit Pai, chairman of the Federal Communications Commission, has said he’s all for the idea, in principle, but won’t make it mandatory.

That might not matter. Little by little, we’re getting there, anyway.

In 2016, AT&T and T-Mobile embraced FM radio compatibility for new Android phones, and asked phone makers to activate the chips.  Sprint has offered FM as an option on some phones since 2013, and Verizon sells a number of compatible handsets. Some Samsung phones already have the capability, along with handsets from LG, Motorola, and HTC.

I have an old FM-capable HTC One that remains one of my all-time favorite phones. I took it along when my wife and I traveled to the Democratic Republic of Congo for a New Year’s visit to her relatives. Good move.

We arrived as the country was convulsed by protests, and its strongman, Joseph Kabila, responded with a crackdown that including shutting down the entire Internet.

In an instant, 79 million people were knocked offline, including me.

So I powered up the old HTC One and tuned its FM radio to the BBC’s Congo service and Radio France International, where we learned that things were bad on the streets — seven dead — but not the complete meltdown we’d feared. The broadcasts also kept us in touch with the rest of the planet, until Internet service was restored two days later.

People on this side of the Atlantic have had similar experiences.

When Hurricane Irma hit in September, about a quarter of cell sites in Florida went down, according to the FCC. But those folks with FM-equipped smartphones could still receive weather reports and other emergency news.

Tagstation, maker of the NextRadio app, said usage in Florida surged by more than 1,000 percent in Irma’s aftermath.

For now, most people probably listen to smartphone FM only in emergencies. But if it’s built into every Android phone, our listening habits might change. We could even see a change of heart at the industry’s biggest FM holdout, Apple Inc.

The company says it can’t activate FM on its newest iPhones because they don’t include compatible chips. In an October 2017 blog posting, the National Association of Broadcasters said this isn’t true, citing multiple reports from analysts who say they’ve dismantled late-model iPhones and found FM-capable chips inside.

But we all know that Apple could add FM to the iPhone whenever it chooses. All the company needs is a good enough reason. It makes me wish that Apple chieftain Tim Cook had joined me in Kinshasa on New Year’s Eve.