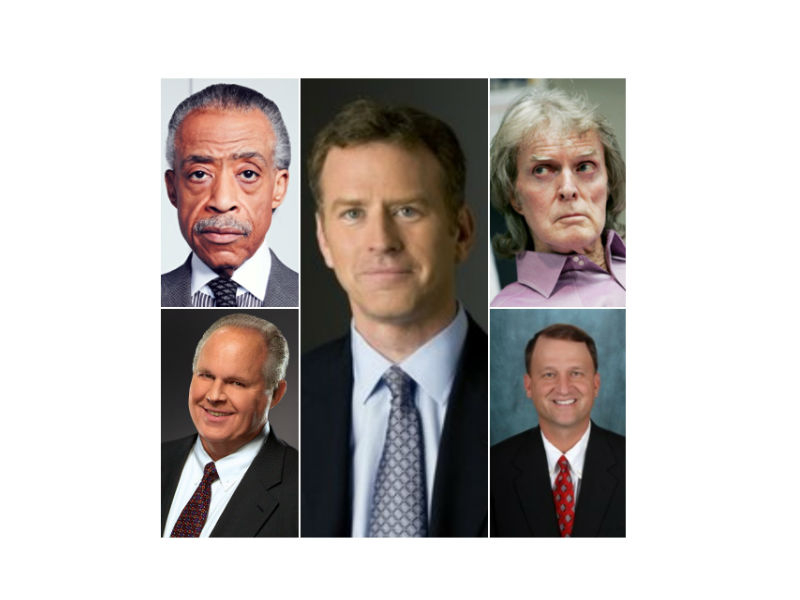 Below are excerpts from recent Radio + Television Business Report by Adam Jacobson.

With racial tensions at a boiling point with the recent events of in Charlottesville, VA and terrorist attacks in Barcelona, Spain – hot topics in communities across the U.S. – perhaps a Rockefeller Republican has a brilliant idea that’s all but forgotten at Talk Radio:

Whitney Media owner William O’Shaughnessy, a legendary figure in New York broadcasting, recently stressed that success as a true community connector boils down to making a radio station truly valuable to the listeners it serves – and that is about gaining influence with local leaders.

“Radio is still the medium closest to the people, even in this high-tech age,” said O’Shaughnessy.

Why? Because it’s free.  “Radio requires no cable bill, nor does it require an expensive purchase at an Apple Store” said O’Shaughnessy going on to call it the medium “of the poor, the disenfranchised, and the misunderstood.”

He quoted (the late New York State Governor Mario) Cuomo, who once said to him, “A radio station can build up a community, and even make it sweeter than it is, by being that platform of viewpoints.”

A HOME FOR DIALOGUE

Music can be found everywhere, from YouTube to Pandora, to Spotify to Sirius XM. “I don’t want to put that on a local radio station,” he asserts.

“What I can do is amplify the voices in the community… (those) who have something to say. That is the real music of America, right in the street.  It is the music of the neighborhoods.”

O’Shaughnessy likens radio to a reflector. He starts with people he affectionately called “The Townies.”

O’Shaughnessy points to Nassau and Suffolk Counties. He says, “Every year somebody tries to build up a station, and then nothing happens.  They don’t realize that it is not Alec Baldwin, or Martha Stewart, or Chuck Scarborough that controls Long Island. It is the Italian businessman in the community.”

By appealing to that listener, a station can “editorialize and raise hell,” he says. This can lead the “town elders” into being convinced they “have to deal with this guy.”

IT’S ALL ABOUT INFLUENCE

So can (such) influence serve as a strong replacement for a world in which PPM results drive media buying and planning, even as local advertisers turn to YouTube, Google, Facebook and Instagram to help build sales?

The cacophony of ideas could be a perfect recipe, or antidote, to the poison that has led America to experience a level of strain and pain unseen since the 1970s.

O’Shaughnessy recalls some of the callers he’s given air time to, begrudgingly. “I’d have to sit listening to my station defending abortion, and I’ve had Mario Cuomo defending the death penalty,” he says.  “But we let everybody on the air. David Hinckley, the former New York Daily News writer now at Politico, called WVOX ‘a glorious hodgepodge of community programming.’”

For some flailing AMs in communities where a voice is lacking, or a platform for voices has been forgotten, perhaps O’Shaughnessy’s ideas are more timely than ever.

Given the events at home and around the world, the call for a community forum of the airwaves seems appropriate, and necessary.