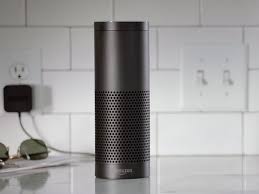 Smart Speakers Poised To Spark Comeback Of Radio  Listening In The Home.

A decade ago, nearly 100% of Americans would have responded that they have a radio in the home.

Today, according to Jacobs Media’s latest research, the figure stands at 88%.

Even more striking is the percentage of millennial respondents who said they have a radio in the home.

That’s not to say people, including millennials, aren’t listening to “radio” in the home.  What are people doing, Jacobs asks?  They are purchasing sono systems, and internet-powered audio command devices such as Google Home and the Amazon Echo, found to be the dominant smart speaker device among Jacobs’ survey respondents. Meanwhile, smart TV ownership is on the rise, with a majority of Jacobs’ respondents having purchased an internet-connected device.

“This has led to an on-demand explosion,” Jacobs says. “Very few people are watching TV in real time unless you have special programs.”

With this, voice commands are starting to kick in as well — i.e., Comcast’s Xfinity X1 voice-command remotes.

Thus, Jacobs notes, smart speakers are moving into homes, and at a rapid pace.

This is good news for the radio industry, as smart speakers are popular among listeners of all formats.

“If radio is not in the home, than this thing can be radio,” Jacobs says.

So, what are smart speakers used for? Radio can be a top choice, given the following statistics: