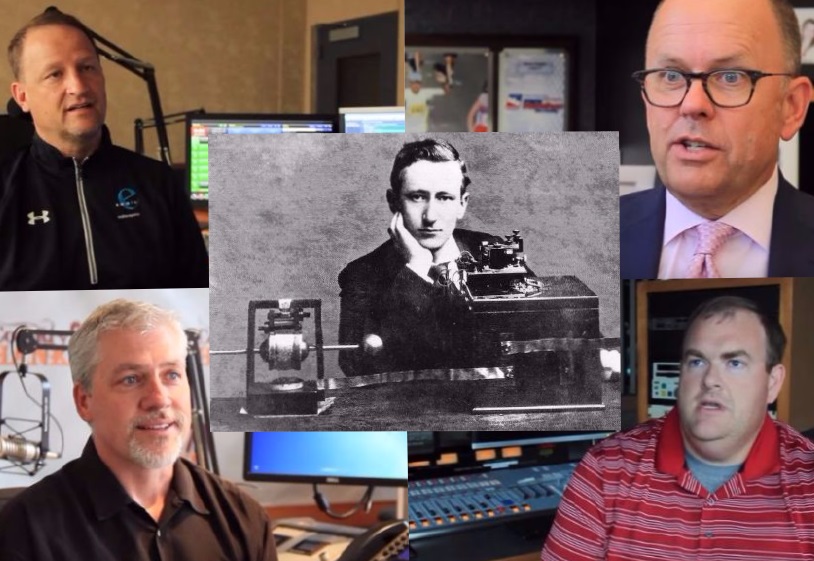 Reflecting On The Emmis Way Of Broadcasting On Marconi’s Birthday

Ever since Guglielmo Marconi sent the first radio transmission across the Atlantic Ocean in 1901, people like us have considered and constructed the methods and mechanisms by which we’d communicate wirelessly with each other.

From initial emergency uses — like the RMS Titanic using radio to call for help in 1912 — to news broadcasts, both old and new, and the great dramatic orators of the early to mid 20th century, radio has touched all of our lives in some way or another.

In the modern era, it’s not just a question of what technology to use, but rather a question of how a station and a company presents itself in its most sacred space: the public airways. Emmis prides itself on a relaxed and entertaining way of broadcasting, focusing on the local community’s desires and needs, despite being a national public company.

1070 The FAN’s Greg Rakestraw echoes Morgan’s passion for local connections. “I don’t know if I’d be in radio if it wasn’t with a company that really focused on the local product.  And what makes sports radio unique is how local you can make it.”

For Dan Dakich and Dave O’Brien, it’s about being fun and relaxed to better make a connection with listeners.  “One of the things that Emmis understands that this is supposed to be fun. It’s not supposed to be life or death.  It’s radio.  It’s entertainment,” says Dakich of his midday show on 1070 The FAN.

Yesterday, April 25 is Marconi’s birthday, so we at Emmis are taking time to reflect on what the radio broadcast medium has meant to so many people the world over.  Without Marconi’s contributions, radio as we know it wouldn’t exist, and as such, neither would Emmis and the jobs carried out by its employees on a daily basis.

So if you enjoy Emmis and broadcast radio, raise a toast to Guglielmo Marconi, 143 years after his birth.  Thanks for giving us a reason to do what we do!