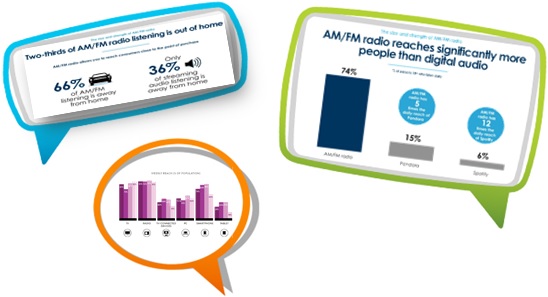 Slew Of Charts Show When, Where and How They’re Tuning In

By the editors of Media Life Magazine.

When buying radio, as in buying any medium, it’s critical to know how the medium is consumed and by whom and when. To that end, Media Life has reached out to the research groups that track such data to pull together the charts below.

Here are some of the highlights:

This is one in a number of stories on radio in Media Life’s ongoing series “The new face of radio in America.”  It was originally published June 9, 2016