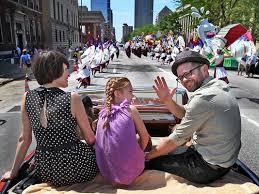 Even the classics need a lift occasionally.  Curt Cavin calls it “redecorating.”  In the parlance of our HGTV-obsessed world, it’s “improving its curb appeal.”  And for the 100th running, the race and the city are planning new things, too.  Here’s a look at some changes that’ll greet visitors and locals in May, as IMS Project 100 nears its completion.

The upper deck of the front straightaway and Turn 1, generally a mix of folding chairs and bleachers, are now comfortable fold-down stadium seats – with cupholders.

The roof overhead will be raised, allowing for some additional stands at the top – 2,100 more of the seats with the highest demand.  Those pesky support columns that impeded views?  Gone, thanks to new engineering of the overhang.

The front stretch upper levels will now be accessible by elevator, allowing persons with disabilities access to an area of the track that was previously inaccessible.

But even with all these changes, the IMS promises that current ticket holders will retain the same seats – something important to fans who pass down a love of the Indy 500 through generations.

The Hulman Suites area will resemble more of a modern stadium’s club level, complete with semi-private food and drink areas and a covered bar – something useful not only on race day, but throughout the year.

Keeping the historic look and feel of the Brickyard was important.

“We’re not replacing the stadium; we’re renovating the stadium,” Track president Doug Boles told the Indianapolis Star. “If you don’t do it right the character of the place changes.

“If you tore down Wrigley Field, would it still be Wrigley Field? We want this to remain Indianapolis Motor Speedway as we know it – keeping everything on the same footprint,” he said.

Boles hired Jonathan Hess, the architect who designed the 2000 renovation and addition of the pagoda, to oversee improvements.  Geiger & Peters, the contractor who executed the award-winning renovation of historic Hinkle Fieldhouse, is doing the steel work on the stands at the Motor Speedway.

Though it won’t be ready for the 100th running – a groundbreaking is planned for this May – redevelopment of the Speedway Main Street corridor continues.  As reported in the Indianapolis Business Journal, a mixed-use development (residential units, a hotel, and street-level retail) by Loftus Robinson and Scannell Properties will anchor the 3.4 acre area across from the roundabout near the aforementioned IMS Gate 1.  Fitting for its IMS proximity, the development will be named “Wilshaw,” after Wilbur Shaw – the last native Hoosier to win the Indy 500.

Since Jim Nabors retired from singing “Back Home Again In Indiana” after 2014, the Indianapolis 500 has decided to lean on local talent to fill the void.  Last year was the a cappella group founded at Indiana University “Straight No Chaser.” For 2016? Star of television competition The Voice, it’s Indianapolis resident, Broadway actor, and recording artist Josh Kaufman.

“I strive to make deep emotional connections with my music, and on Memorial Day Weekend at the Indy 500, nothing goes deeper with fans than ‘(Back Home Again in) Indiana,’ ” Kaufman said. “I can’t wait to be a part of history on such a special day.”