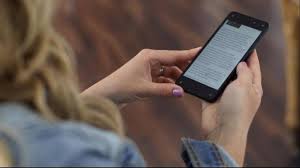 No Longer A Niche, Marketers Must Discern Best Approach To Reaching On-The-Go Consumers.

Time spent on mobile offerings account for over 55% of consumer usage on a given publisher’s overall properties according to ComScore.  This means marketers can no longer dismiss the importance of on-the-go electronic devices that users carry in the bag or pocket.

Advertising in the mobile space provides new opportunity, and challenges.  Here’s a look at some of both, as well as questioning what lies ahead.

The Interactive Advertising Bureau of Europe has countered blocking ads runs against the principles of net neutrality, which holds all internet traffic should be treated equal and interferes with the freedom of commerce.

Obviously, blocking ads would be significant disruption to the business model for content generators… and would create further challenges for marketers on how to reach consumers.

NextRadio is a progressive effort to limit data use for streaming, both content and advertising, on mobile devices that is gaining traction among users and carriers.