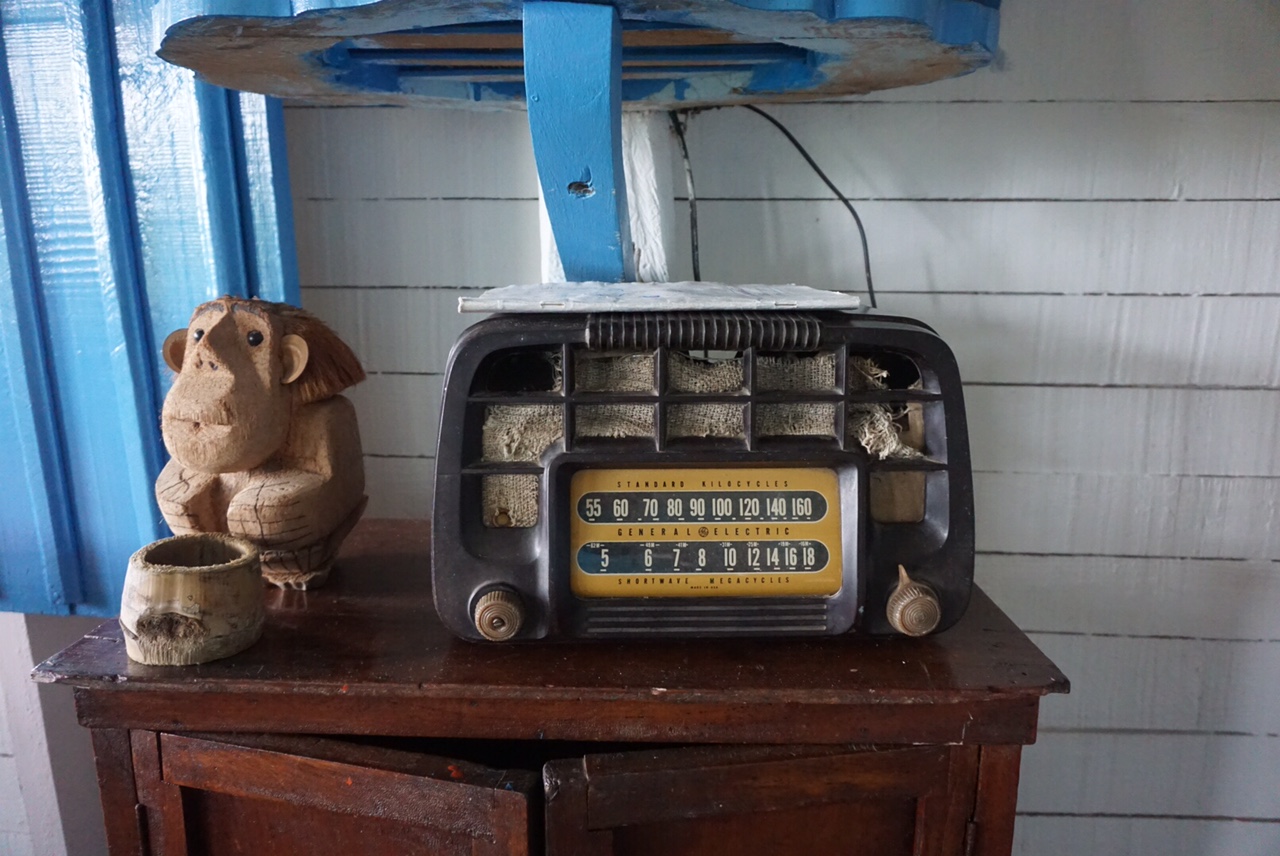 Cuba has been largely frozen in time since the United States government implemented an economic embargo over 50 years ago.

But in December 2014, the White House announced policy changes toward Cuba.

Since then the US re-opened its embassy in Havana, Pope Francis has visited the island, and an agreement has been reached to later this year begin allowing up to 20 flights a day from the States.

Change is coming to Cuba.  But change from what?  My wife & I wanted to find out!  So this winter we visited Havana and several other communities during a week-long adventure.

Upon return, I was a guest interviewee on a co-worker’s weekly radio program.  We discussed a broad range of topics regarding what Americans should expect now if they visit the long forbidden Caribbean island country.

However, one subject we didn’t talk about on-air is radio’s important history and current status in Cuba.  I learned a lot about both on my visit.

Only 2% Have Cars = A Radio Desert

The first morning in Havana we noticed how much quieter Cuba is than the United States.  Opening our hotel window, the noise from a city of nearly 2 million people was surprisingly un-intrusive.

By modern urban standards the typical cacophony of honking, brakes squealing, combustible engine exhaust belching and grinding noises of construction equipment was noticeably muted.  One of the biggest reasons is Cuba still doesn’t have very many automobiles.

Bicycles and horse-mule-or-ox-drawn wagons are common modes of transportation.  It is estimated that on the entire island country of 11 million people, there are less than 200,000 cars & trucks.  Most of these are pre-embargo American-made ones and few of them have radios, either because they are broken or the models are so old they pre-date factory installation of a radio.

Many surveys show that today 90+% of Americans listen to radio weekly.  And according to the U.S. Radio Advertising Bureau, up to 70% of audio listening occurs in the car.  So obviously, Cubans don’t have the pervasive access to radio we do here in America.

And when they do have a radio receiver within earshot there isn’t very much to listen to.  There aren’t many channels and the Cuban government controls them all.  This means programming is limited to what “the state” wants you to hear, whether that is music selection or news propaganda, and isn’t strongly compelling.

Web streaming, audio or otherwise, is even more limited.  Internet penetration is estimated to be just 25% in Cuba, with service connection being choppy and expensive.  Plus you still need a device (same issue as needing a radio receiver), which is also cost prohibitive to many.

During the rebel uprising in the late 1950s, Fidel Castro and his rebel ally Che Guevara understood the ability of radio to speak directly to the people and broadcast in a guerilla-like fashion.

Starting first with short-wave and then progressing to a more traditional broadcast manner, Radio Rebelde communicated to citizens while solider forces hid and moved stealthily in the mountains before seizing control of the country.

Nightly broadcasts included bulletins recounting military victories, speeches of rebel commanders, manifestos, anti-Batista diatribes, patriotic poems, music by its own ‘Rebel Quintet’, and personal messages to rebel families (‘Mama, this is Pepito. Don’t worry, I’m fine’).  When revolutionaries in the cities were arrested, Radio Rebelde broadcast their names as soon as possible in hopes that Red Cross would save their lives.

Radio Rebelde told all the news, good or bad, as opposed to Batista’s reign that suppressed the truth.  So the Cuban people trusted Rebelde and its audience grew to massive proportions.  In the cities and towns, people closed their windows at night and tuned in Radio Rebelde.

Radio has a unique ability to efficiently & intimately communicate with a populace.  Castro & Che used it for a revolution.  Today in America we instead use it capitalistically – to promote commerce via advertising – along with acting in the public interest & common good in times of natural disasters and national defense.

Radio is also an important part of our country’s First Amendment. This is why in the USA though broadcast licenses are issued by the government all stations are freed from operational control by “the state”.

Unfortunately radio as we know and use it has been largely choked off to the Cuban people via limiting access to radio receivers through economic suppression and nationalized stations.

My trip to Cuba reinforced the value of so many things we often take for granted, including a one I wasn’t expecting… Radio.