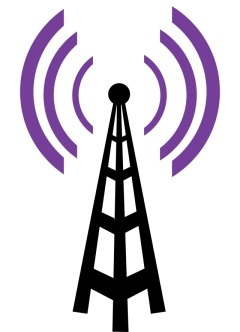 Translators Can Be Difference Makers – Look At 1070!

Before Facebook, before the internet, before cellphones and TV and even FM radio, there was AM radio.  Amplitude modulation operated at the very core of American culture!

Entire families would gather around furniture-sized receivers and bask in the warm glow of vacuum tubes as news, music, and entertainment poured from the only source of broadcast content in existence — NBC, ABC, and CBS were all on AM before they were on TV.

This once a vital part of Americana has been shedding listeners for decades and now AM listenership against FM audiences is at a record low of 15 percent.  This is in part because listening to AM radio in today can be an exercise in frustration.

When amplitude modulation was developed in the early 1900s there was little else in the air to get in its way.  Now we have the following to cause interference:

AM’s low fidelity makes it relatively unsuitable for music compared to FM; this has traditionally made it a home of hyper local talk-radio programming, particularly when it comes to sports and community news. The AM band is still home to 90 percent of all news and talk programming.

And today, AM is making a resurgence – on FM – thanks in part to the head of the Federal Communications Commission.

FCC Commissioner Ajit Pai grew up listening to high school basketball games on KLKC 1540AM in his native Parsons,

Kansas.  It’s not hard to envision the son of Indian immigrants actively becoming more American by listening to hometown sports.

The FCC has published a set of guidelines, Notice of Proposed Rulemaking (NPRM 13-249), it hopes will “revitalize further the AM band by identifying ways to enhance AM broadcast quality and proposing changes to our technical rules that would enable AM stations to improve their service.”  At the top of the list is to allow AM broadcasters an exclusive opportunity to file for an FM translator — that is, to take their existing signal and rebroadcast it into the more widely consumed FM band.

Is this really a game changer for AM radio?  Well it’s proven to be a difference maker in Indy.  Two years ago, 1070THE FAN began broadcasting on 107.5 FM as well.  Along with delivering hyper-local content through largely big name personalities, being on FM has helped THE FAN be Indy’s #1 radio station at delivering male audiences.

So it appears Translators translate in to success for AM radio.