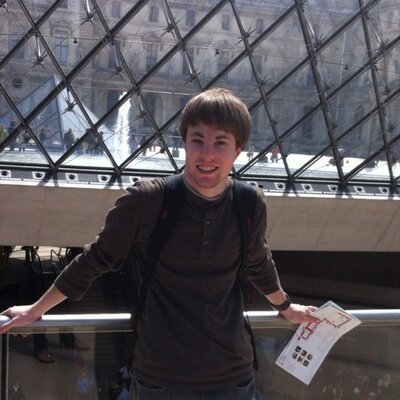 Last month, an Emmis Communications part time employee – and current a full time UIndy student – attended the National Association of Broadcasters annual Radio Show convention in Indianapolis. Along with a few other college students, he was chosen to sit on panel titled “Attracting The Next Generation and Winning.”

Jared Boomer submitted this review from that session at the NAB convention.

The panel was a Q & A session with the audience, mostly made up of broadcast owners and managers from around the country. We students fielded a wide range of topics. Some interesting questions that came up and my comments include:

Is it better for stations to offer – and students to seek – internships or part-time jobs as an introduction to the radio industry?

I sided for the part-time option. I think there are few benefits to this.

1) Jobs are paid, internships in the radio industry usually aren’t.
I feel I’m more dedicated to my work if I’m getting paid for it. Also this provides value to the employer as well because now instead of having me come in 40 hours a week for my internship to meet my required number of hours and sit around for 15 of them because there isn’t enough to work on, I can come in for 25 hours, get paid, and also provide value to the station.

2) A part-time job allows me to jump around areas, whereas an internship is more narrowly focused.
During my time at Emmis I’ve done work for HANK-FM, 93 WIBC and also a little for 1070 The Fan. An internship would probably only allow you to do work for one of those stations, but with a part-time job I can move around and be of more benefit for the company as a whole.

A broadcast owner in the audience asked the panel if any of us were interested in sales. None of us answered with a resounding “Yes!”

He brought up that lots of jobs in sales are available, which made me reevaluate what I wanted to learn my senior year of college. He also pointed out the fact that if your first job is in a small market and you are on the air, you will probably be expected to sell as well.

There is a Social Media Disconnect Between Millennials and Other Generations

We fielded multiple questions from the audience on social media and there was one overwhelming theme; what Millennials want and expect on social media is different from other generations.

All of us on the panel agreed on the following:

It was interesting to hear from other generations what their perceptions of Millennials were. I think we were able to dispel some of the rumors they had about our generation.