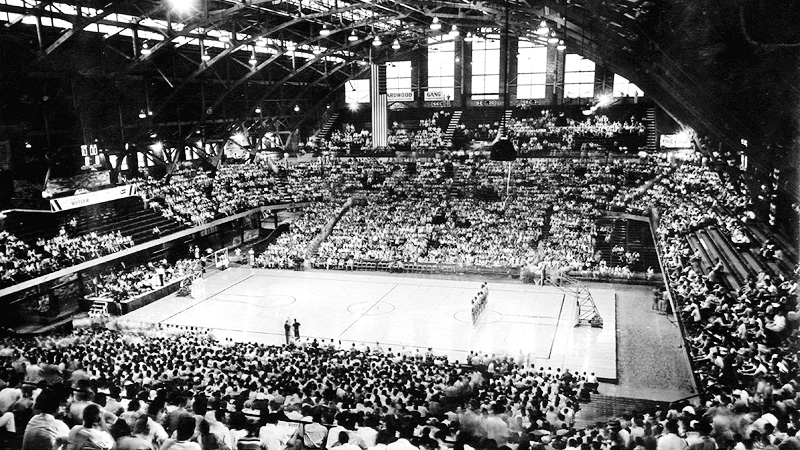 Indiana High School Boys Basketball, A Staple Through The Years boys basketball tournament, has been on the radio longer than THE FAN has been in existence, but the 1070-AM frequency has been part of it many times through the years and will be again this Saturday as the producer and flagship station of the IHSAA Champions Radio Network.

First, some history on the sport – an annual cultural event, really – that has significantly formed the identity of our state and how radio was such an important part of spreading the fever!

1070-AM, like many of these stations, would break away from regular programming to carry these civic events.

Within the last generation broadcasting legends like Bob Lamey, Chris Denari, Vince Welch and Jerry Baker have been the classic voices to deliver the finals across the 1070 airwaves.

Since THE FAN debuted on 1070 six years ago, it has steadily increased its commitment to high school football and basketball.  All of the 1070 regular weekday day time hosts make high school sports a frequent part of their conversation.  Then coverage was buoyed by THE FAN’s addition of broadcasting on 107.5-FM last year.

Plan to tune in to THE FAN Saturday as Hoosier Hysteria will be on for nearly 12 straight hours.