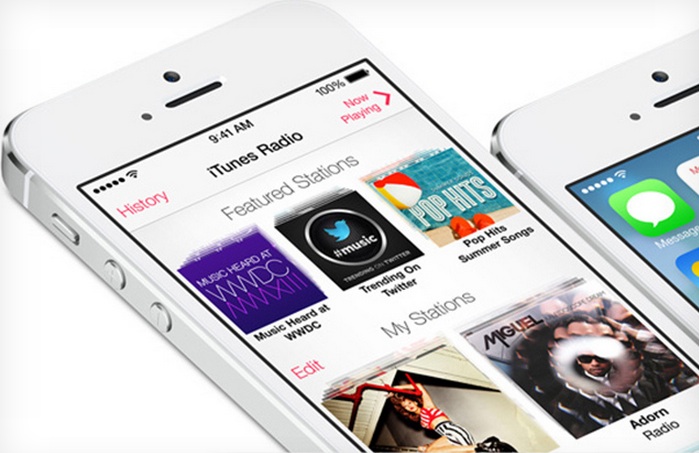 Consumers expect anything released by Apple to be a product like its competition only better.  Think Mac to PC, or iPhone to Blackberry.

Not so with iTunes Radio.

Despite launching to great fanfare in September – according to the company, iTunes Radio attracted 20 million users in the first five weeks – listenership to Mac’s version of a streaming audio platform has stalled. ot that iTunes Radio isn’t functional or doesn’t pick good songs on custom channels.  But critics say iTunes Radio seems clunky, harder to navigate and the dashboard hard to work with in setting up your own channels.  And a user also has to sign up for iTunes to get it to start working.

Industry eyebrows have been raised at the plateauing consumer acceptance of iTunes radio.  “If you take the existing numbers, you can say that Apple has about one-tenth of the listeners as does traditional radio,” says Dave Newmark, a radio pioneer and CEO and founder of Bid4Spots.com, which specializes in radio advertising.

Traditional, terrestrial radio reaches over 240 million Americans – over 93 percent of people older than 12 in the U.S. – each week, and they listen for an average of between 10 and 20 hours each week.

Pandora at the end of 2013 cited over 76 million weekly domestic users.

“The battle for listeners [with pure-play audio formats is far from over because] because it’s based on each of these companies trying to distinguish themselves based on a core competency,” said Newmark.  “Spotify and Pandora [are] based on the accuracy of their algorithm, Apple for the breadth of its music content and variety of podcasts, and iHeart for its connection to terrestrial stations and its social and promotional components.”

Paul Resnikoff, publisher of the respected music industry trade Digital Music News, says to win this battle, a company has to be in sync with consumer needs and habits. Explains Resnikoff: “Internet radio, and radio in general, revolve around the idea that people want to listen more than [they want to] play personal DJ.  Which, in this context, means letting someone else serve you snacks you might like, instead of hunting through the aisles of your supermarket every time.”

This analysis is something traditional, over-the-air radio has thrived at doing for generations.

So who do you think will win the battle for the listening consumer?