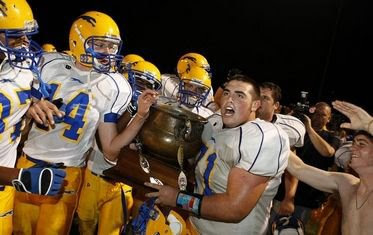 As of today, all local school districts are back in session.  The difference is that for most area students, today is not a meet-the-teacher and organize-your-desk day; they’ve been there for about 3 weeks now.  Many districts across the state started around the first week of August this year due to amendments to district calendars.

This “balanced calendar” places students back in the classroom earlier, shortening the summer break, but allows longer holiday breaks during the school year.

Avon Schools Superintendent Margaret Hoernemann told the Indianapolis Star that “the reaction to the balanced calendar has overall been very positive.”  Spacing out travel and the academic calendar may have advantages as well.  “Having those extended breaks for fall and winter and spring provides opportunities for remediation and certainly for vacations that they might normally take during the summer,” Brownsburg Community School Corporation spokesperson Donna Petratis told WIBC.

Though generally accepted, there are detractors. Save Indiana Summers, a private organization, has spoken out against year-round and balanced calendar schooling.  A new bill (SB 248) is a recommendation to more thoroughly study the calendar’s effects before enacting it. Republican Sen. Mike Delph of Carmel, with support from Save Indiana Summers, sponsored an earlier bill that would have started schools no earlier than Labor Day.

Getting the word out was a new hurdle as well, with some, like Avon’s Hoernemann turning to community social media to help communicate with local parents.  So far, though, things appear to be moving as normal – just a few weeks earlier.

Of course, a back-to-school blog wouldn’t be complete without a look at high school football.  Expect to see area powerhouses Carmel, Warren Central, Cathedral, and Bishop Chatard to continue making headlines this season.  Ben Davis and Fishers appear poised to make significant strides towards a state championship as well.  The area stars are heavy on the defensive side of the ball this year – and a rare few are staying in the state of Indiana for college.  Look for Clemson commit Elijah Daniel to carry his Avon team from the defensive end spot.  Tim Kimbrough, who has committed to Georgia, anchors an already-notable Warren Central linebacker corps.  Darius Latham, a Wisconsin recruit, is expected to power North Central’s defensive line.  And outside linebacker John Kenny is looking for a big year at Carmel before moving on to Iowa.

From today through the state championship games, keep track of all the state’s high school sports on Indiana Sports Talk with Coach Bob Lovell, Fridays and Saturdays, 9:30pm – midnight on 93.1 WIBC and WFNI-1070TheFan.