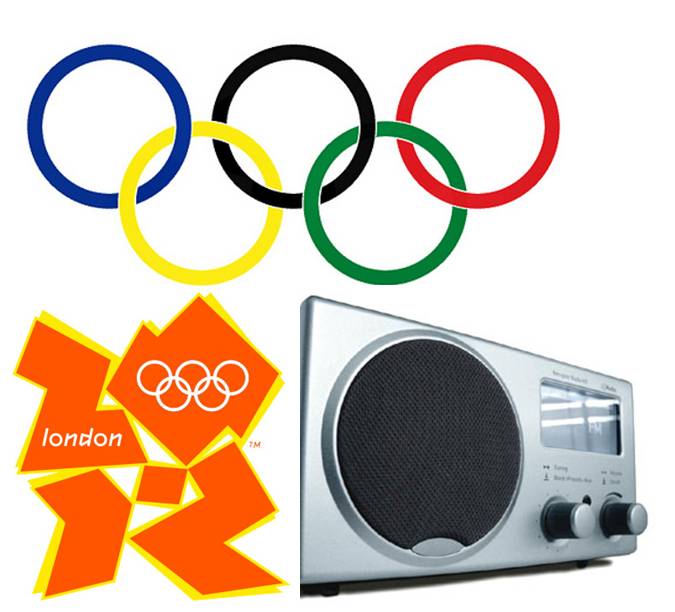 Medium Is Powerful Emotional Multiplier According To British Study Americans are now feasting on video from England of globe’s festival for mainstream and off-center sports.  The Olympics, the quadrennial athletic competition among nations, is a television event.

But the hosts of this year’s games are in love with radio and it’s not just because until the last decade residents of the United Kingdom only had government controlled stations of the British Broadcasting Company, commonly referred to as the BBC, available to view.

Like the Yanks, 90% of Brits listen to radio each week.  And within the last year, findings from a UK study have shown radio as a powerful Emotional Multiplier, boosting consumer happiness and enhancing receptiveness to advertising.

The study was commissioned by Great Britain’s Radio Advertising Bureau because sponsors & ad agencies remain indifferent to radio brand building potential, unconvinced about the ability of an image-less medium to influence brand perceptions.  Radio seems typecast as a tactical advertising medium; restricted to delivering rational messages within the ad campaign, tasked with prompting a response or driving the sale.  However, that is underestimating the power of radio and not leveraging the most out of the medium!

Be happy – listen to radio

What the research found was that people use media to make themselves feel happier.  And happier people are more inclined to respond to advertising in an instinctive, emotional way which has a stronger effect – and bigger return on investment – than those which rely principally on a rational argument.

The report also measured consumers’ TV and online habits.  Specific to radio, findings showed the following strengths versus the other mediums:

Tuned in when a commercial comes on

According to the Brits’ EEG (Electro-Encephalography) brain scan tracking Gamma-band activity as part of this study, which provides a window in to humans’ cognitive processing, radio content and accompanying advertisements had increased mental acuity!  EEG uses 64 electrodes attached to the heads of participants to detect impulses, second by second, in brains exposed to a series of audio stimuli.  The audio was structured in a way to measure levels of brain activity:

So the bottom line is that radio excels as a “feel-good” medium – an emotional multiplier – enhancing consumer engagement with advertising… and increasing return on investment.