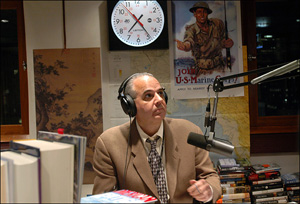 Host of The John Batchelor Show

On September 12, 2001, the day after the fall of the Twin Towers, WABC-AM in New York City recruited John Batchelor to go on the air until Osama bin Laden was either killed or captured. John has been on ever since, offering insightful commentary on such issues as the war on terrorism, the presidency, the national and global economies, and defending our civilization.

John is married to the Reverend Doctor Bonnie Ann Rosborough, pastor of a church north of New York City. John, Bonnie, and their children Sam and Anna divide their time between New York and Maine.