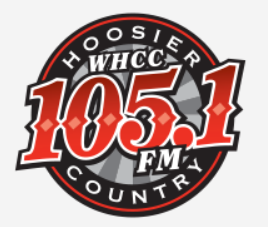 Last week, long time Indiana broadcast owner Art Agnotti died due to complications from a 10-month battle with cancer. He was 74 years old.

At his company’s peak, Artistic Media Partners owned and operated 20 radio stations making him one of the most influential broadcasters in the state. This included the flagship stations for Indiana University, Purdue University and Notre Dame Sports Radio Networks. Angotti was inducted into the Indiana Broadcasters Hall of Fame in 2008.

“He loved his work in radio, but his greatest love was spending time with his family,” an obituary offered to Dignity Memorial reads. “Art was a devoted husband. He was extremely proud of his children, Arthur and Laura, and delighted being ‘Baba’ to his four grandchildren. Art was happiest when boarding an airplane heading west. He enjoyed hiking in the Colorado mountains and visiting his grandchildren in California. At home, he delighted in spending time on his property working with tractors and taking people for golf cart rides.”

In addition to his radio operation, Angotti served as the founder and president of Heritage Management Inc., an investment banking and financial consulting firm whose clients have included the NBA’s Indiana Pacers. He was also the former president of the Indianapolis Cablevision Company and in 1985 worked to bring a Major League Baseball team to the city. The Indianapolis Arrows effort failed to materialize.

“It was such a great effort,” Indianapolis-based Emmis founder and CEO Jeff Smulyan, who worked with Angotti on the Arrows project and said eventually led to his company’s purchase of the Seattle Mariners, told the Indianapolis Star. “It epitomized Art being the ultimate entrepreneur who just wanted to make stuff happen.”

Blaine Thompson, who covers Hoosier state media as editor of Indiana RadioWatch, said, “Mr. Angotti did so much within Indiana broadcasting.  Whether it was owning radio stations (through Broadcasting Management, Inc., University Broadcasting, Artistic Media Partners, et al.), negotiating TV deals (When Indianapolis nearly gained a MLB franchise, Mr. Angotti had already reached an agreement with Indy’s Channel 4 WTTV to television “Indianapolis Arrows” baseball games), or developing talented broadcasters, it was definitely all about the people.”

Agnotti’s son, Arthur III, carries on family legacy in the state’s radio industry with 2 stations in Bloomington (WBWB and WHCC) and 3 in South Bend (WNDV, WYXX and WSSM).