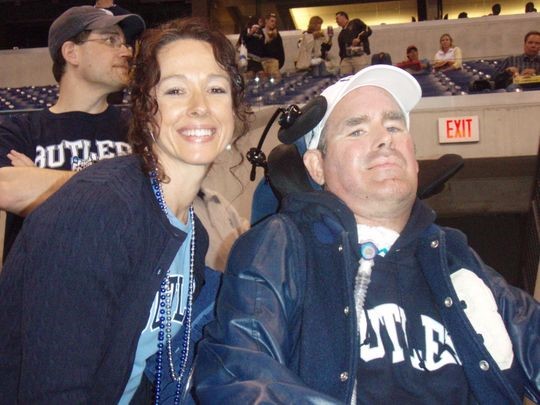 Former Emmis Stalwart Inspired Many During His Nearly Two Decade Battle with ALS.

As reported by the IndyStar this weekend, Matt White (finally) died.

Admittedly, I had a hard time keeping emotions in check last week as his passing loomed and the days that followed.  However, I am grateful a dozen current & former co-workers of his gathered in the lobby of our HQ to Facetime goodbye to someone who positively influenced so many! 🙂

Matt was a mentor in my formative professional years, and we grew to be close friends in the years since he was paralyzed through several visits and countless email exchanges.

The following is a re-publishing of my post in March 2014.

Matt White, Still Going For It