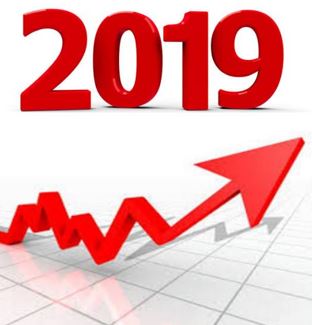 Below are excerpts from a report this fall by Inside Radio’s Adam Jacobson.

Broadcasters have navigated twists and turns as radio has rapidly evolved in recent years. But this may be the year where the real transition from the “before” to “after” has finally taken hold.

“2019 should feature bigger players, more investment, and less debt. And I think by that basis better days are ahead,” said Davis Hebert, a senior analyst at Wells Fargo Securities who spoke at the industry’s annual Radio Show.

Entercom has spent much of last year digesting its merger with CBS Radio while companies like Beasley Media Group and Townsquare Media tacked on additional stations. Cumulus Media has already emerged from chapter 11 and iHeartMedia is expected to complete its reorganization by early this year. “That’s going to free up a lot of cash flow for investment,” Hebert pointed out.

Hebert sees radio racing to seize opportunities in the audio space, not simply by continuing to capitalize on streaming but also through investment in new growth areas like podcasting, big data, and programmatic and automated buying as a way to make purchasing ad inventory easier.

“All of those initiatives are growth areas that previously the debt loads had really limited them in terms of what some of the companies could do,” he said.

Against the backdrop of radio’s year of transition, how Americans consume media is also changing. That means there are other numbers that Wall Street is watching, and they have played to radio’s advantage.

Nielsen 2018 data shows Americans spent 1 hour and 46 minutes with broadcast radio. That’s remarkably stable, down just one minute from a year ago and two minutes from two years ago.

The biggest declines have been at television, among younger adults. In that demo Nielsen says they still spend an average 1 hour and 25 minutes a day with broadcast radio.

“Adults 18-34 do listen for less time on average,” said Herbert, “and that probably shouldn’t be surprising given how Millennials are hooked on their phones and consuming media through their mobile devices as opposed to traditional means.”

Similar data from Edison Research shows AM/FM takes the top spot as America’s leading audio provider, with just under half the “share of ear.” That’s down slightly during the past several years as the number of audio alternatives has exploded with podcasts and new streaming services. But stacked up side-by-side, the Edison numbers show AM/FM has twice the share of streaming services and four-times what SiriusXM gets. “The car continues to be critical for the industry—more than half of the people who listen to the radio listen exclusively in the car,” Hebert noted.

Herbert said broadcasters can also take comfort in the fact that the audio pie is growing, with Americans consuming more audio in more place than ever before. “The basis for demand for audio content is growing and AM/FM continues to serve a large percentage of that audience,” he said, adding, “The base is stable and good.”