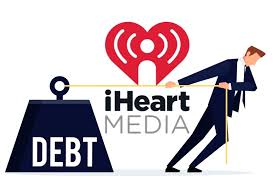 Below was written by Gene Ely and published by Forbes last month.

The deal was struck in just the nick of time, hours before the radio giant was set to be shut down by its creditors, and it could well save iHeartMedia, allowing it to be reborn and thrive again.

But be assured, the iHeartMedia that emerges from the prearranged bankruptcy worked out last week with creditors will be a very different company—and a lot leaner.

Expect to see a dramatic shedding of radio stations, likely hundreds, many at rock-bottom prices.

Never mind statements put out by the company that stations will not be sold off. That’s intended to quell fears among employees and stem any flood of talent.

A station selloff is all but assured for a variety of reasons.

The very purpose of bankruptcy is to give companies breathing room to sort out which parts of their businesses work and to shed those that don’t, free from pressure from creditors.

iHeart has 850 stations, and some number of them are under-performing—losing money, in plain English—or they’re simply in markets where the company sees no future.

It just makes sense for the company to dump those stations and focus on its most profitable stations and markets where it sees growth potential.

You can bet shedding under-performing stations will be a top priority of the major debt-holders, led by Franklin Advisers, as they assume control of the company under the restructuring.

How many stations are under-performing? Only iHeart’s corporate chiefs know for sure, but assume it’s quite a few. The company was notorious for slashing costs and running on the cheap. That comes with a steep price over time.

In better times and different circumstances, one could make an argument for investing in efforts to turn around ailing stations.

Not in these times. Valuations for radio stations—what they fetch when put up for sale—have been tumbling in recent years, and they could well be headed for a nose dive.

No.2 Cumulus Media, with some 450 stations, is also in bankruptcy—it filed in late 2017—and it could well be forced to unload a slew of stations as it restructures. There are also a number of other radio companies that are struggling and may opt to shed stations as well.

The market could well be flooded with radio properties.

If you are iHeart, and you want to unload stations, you’ll want to do so quickly, for whatever price, before the flood begins.

Back in the late 1990s, Lowry Mays, founder of Clear Channel, which became iHeartMedia, transformed the radio business by buying up stations and slashing costs, replacing local on-air talent with piped-in music feeds at a fraction of the cost. He took the local out of radio.

However, that business model was built on one critical assumption: that advertisers, and listeners for that matter, had few other options. With his 1,200 stations, Mays had cornered the market, and advertisers and listeners paid the price.

That business model no longer works.

It began collapsing in the 2000s, and quite early on with the rise of digital. Digital offered advertisers better, cheaper ways to reach local audiences, along with better targeting, and gave listeners better alternatives with Sirius XM and then Pandora and other digital radio services.

That business model was already dead by 2008, when Bain Capital and Thomas H. Lee Partners orchestrated the disastrous leveraged buyout that loaded Clear Channel with billions in debt it could never pay off.

Here’s the new model. It’s the old model, what radio used to be all about and still is for many radio companies. You don’t corner the market–you can’t. Instead you deliver value.

The new-old model is local, local, local—stations deeply involved in their communities with local on-air talent that shows up at events and plays the music local listeners want. The DJs read the news. They talk about last Friday night’s high school football game.

It’s the only way traditional radio can compete with digital.

Under this new model, iHeart’s entire energies will need to be focused on managing and upgrading stations, hiring in the best talent where needed and building out their digital offerings.

It will be labor-intensive and talent intensive.

The question going forward will be: How many stations can iHeart manage under such demands? Bet the number will be well below 850.