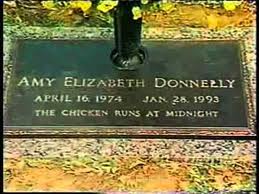 Every once in a while there’s special radio listen for the ages.

Next week is the 1-year anniversary for one such local occasion, and it is worth revisiting.

Reposted here is “The Chicken Runs At Midnight” story in a landmark, emotionally moving conversation by Dan Dakich on WFNI.

Sure it was also chronicled on television and other publications.  But Dakich’s real-time audio chat with former Major League Baseball player & coach Rich Donnelly blew away all other storytelling of a man, his personal loss and renewal.

Dakich deserves credit for recognizing the tenderness of someone spontaneously pouring out his soul, its universal appeal and compassionately getting the most out of his guest with in-the-moment-reaction questions.

Spontaneity is something radio does better than other mediums – radio is live the majority of the time, making it’s more unpredictable than other forms of overly processed/produced written or video content.

And even if what’s on camera is live, there’s something that draws you in when all you have is audio.

Veteran media strategist Mark Ramsey once noted “with TV you’re always aware of the glass rectangle separating you from that character in his or her sterile studio. But when you listen to the radio, it’s just you and that voice in your ears.”

Also unlike looking at a written page, listening is more active since the brain has to process the information at the pace it is told; this according to Emma Rodero, a communications professor at the Pompeu Fabra University in Barcelona who studies how audio storytelling retains people’s attention.

So as the 4th of July and the anniversary of Dakich’s “The Chicken Runs At Midnight” on radio approach, treat yourself to this fantastic timeless, relevant, unpredictable, intimate listen.

Have a tissue ready, too.