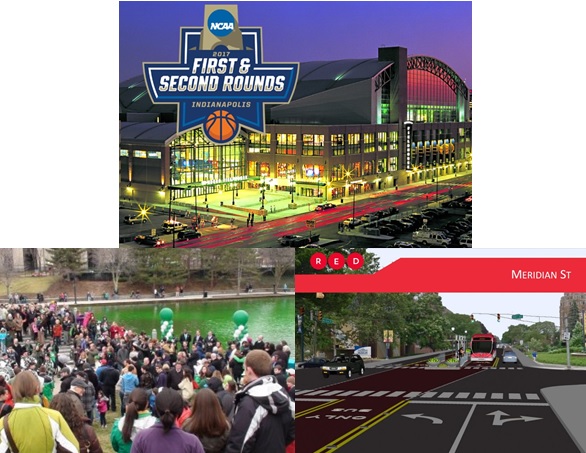 Expanded Transit in Indy is Approved

This was after a November ballot question to Indy area voters – a 0.25% income tax increase to fund transportation options – was approved.

The major improvements are to the IndyGo bus service, including higher frequency, longer service hours, easier transfers, and construction of a rapid transit line along busier corridors (like the already-underway creation of the Red Line on College Avenue).

Part of the proposal is seeking a $75 million congressional grant for further improvements. The Marion County Transit Plan is a piece of a long-term transit plan for the entire region.

Downtown Indy goes all out for St. Patrick’s Day – read about the biggest events.