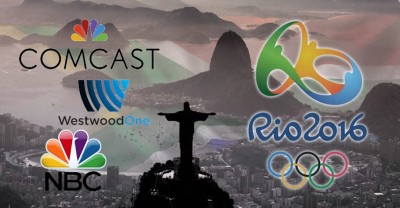 By Mike Wilson, Director of Public Relations Comcast of Indiana

While much has changed in a century-plus of the modern Olympiad, nowhere is that more evident than in the coverage of the games.

Example:  more content was produced by noon on Day 1 of the Summer Olympics in Rio than there was during the entire 1996 Summer Olympics in Atlanta!  And all told, there is projected to be over 6,000 total hours – the equivalent of 250 straight days – of coverage from Rio.

Television is the dominant media platform for the XXXI Olympics.  Yet during these games, NBC is aggressively expanding offerings via other distribution points finding that more outlets leads to better results.

Westwood One Sports radio network, a partner of NBC Sports, is producing live play-by-play of basketball, soccer & golf.  And for 17 consecutive evenings the special show Tonight in Rio at 10pm Eastern features highlights as well as results and recaps for the day’s earlier action.  Check listings for 107.5 ESPN for Olympic radio coverage airing in Indy.

Xfinity from Comcast has honed an offering for these Olympics that makes cosmetic and functional adjustments, such as:

Some have hypothesized that expanded distribution through mobile technology might cannibalize the traditional broadcast, but, in fact, it helps.

Recent Olympics in Sochi and London saw huge increases in amount of online and web-based content, but broadcast entities enjoyed a 5-9% increase in audience.  With more access to content, fans became more invested in storylines which led them to want to watch more of the games on TV.

So a lesson for broadcasters to learn from the Olympics is that supplemental programming content – whether on demand, online or within social media platforms – is not serving as just as a convenient way to access consumers on the go.  It’s also driving audience for traditional media outlets.