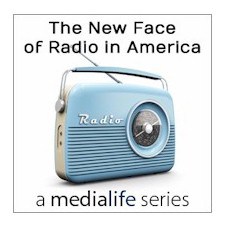 Medium To Be Transformed In Coming Years

By the editors of Media Life Magazine

Below are some of the most important changes coming to the industry, based in insights by various media forecasters and analysts and media buyers, and the Media Life radio advisory panel.

Radio is a local medium and is most efficiently managed locally. Large players may reap efficiencies of scale but are very difficult to manage. Cases in point:  IHeart and Cumulus, the two largest, are struggling under debt and are on the verge of collapse. They will be broken up, their stations sold off to small, locally managed radio operators.

This must follow from the above, and it will be driven by market forces, led by advertiser demand and also consumer demand. In the new, much more competitive local marketplace, radio offers what no other medium offers, true community engagement with local on-air talent and events. Smart operators will work that to their advantage.

The structure of the radio industry was built around a technology that’s a century old. Radio can and will chuck all that technology—towers and transmitters—in favor of sending content over the internet, at huge costs savings and unimagined efficiencies.

4)    The merging of radio, TV and news under single operators.

What separated newspapers, television and radio all these years were their different technologies. With digital, they now share one technology, one platform, and we already see them moving into each other’s turf, such as newspapers posting video. Radio stations can also post video on their websites, and they can expand their news to compete with both newspapers and local TV. TV can broadcast audio, challenging radio, and expand its news coverage, challenging the local newspaper. Local papers can expand into audio and promote morning and evening newscasts.

Radio is now mostly music with some talk. What we are seeing with all the excitement over podcasting is the potential for radio to be so much more—in some regards to return to what radio was before the advent of television, as a medium for storytelling that in many ways is far more compelling than video.

6)    Broader definition of radio as encompassing all things audio.

The industry has been hugely resistant to digital, rejecting the likes of Pandora and Spotify as not really radio. It’s been slow to develop its own digital offerings. Radio at some point must step forward and claim ownership of the whole lot of it, traditional radio, digital radio, satellite, podcasting. If it goes into your ear, and it’s not a pencil, it’s radio.

7)    Radio to grab a larger share of consumers’ time and attention.

The mobile phone has freed Americans from having to be in a particular place to stay in touch. But is has also freed us as media consumers from the couch and the TV set. TV is a couch medium; radio is a moving-about medium. It is a mobile medium. You can be in your car, walking down the street, riding in a train or on a plane, and enjoy radio. The more mobile our society gets, the greater the opportunity for radio to become the medium of choice. Media people marvel over the strength of outdoor ad spending at a time when other media are suffering. Out of home is benefiting from society’s increasing mobility. Radio stands to as well.

This is one in a number of stories on radio in Media Life’s ongoing series “The new face of radio in America.”  It was originally published June 20, 2016