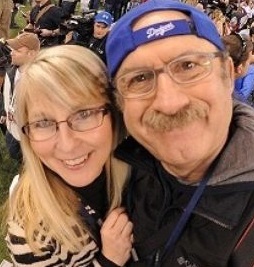 Uncertainty now tempers the laughs on ‘The Bob & Tom Show’ at a time when broadcast radio itself does what it can to weather external challenges… A surprise came in November when 65-year-old co-founder Bob Kevoian announced he would retire at the end of the year.  A shock followed two months later when news director Kristi Lee left the show, saying she planned to pursue “new opportunities.”

WFBQ isn’t the only Indianapolis station sorting out a new morning reality.

About 25 broadcast radio stations battle for Indianapolis listeners, who have choices ranging from NPR to modern rock.

In the past year, two classic hip-hop stations and a country station launched here.  New morning shows emerged at established stations WHHH-FM (96.3) and WNTR-FM (107.9).  The hosts at WNOW-FM (100.9) are the same, but ‘Mornings with Kyle and Rachel’ has been rebranded as ‘Wakin’ Up’.

The program on a hot streak of listener relatability… is the ‘Smiley Morning Show’ at Top 40 station WZPL-FM (99.5).

“We love putting calls on,” Smiley said. “It sounds like a little party.”

Life After Bob and Kristi?

Is the “morning zoo,” the format that made Kevoian and Griswold rich and famous, on the way out?  Are listeners turning to more music or more serious talk or the assortment of sports-themed stations in town?

Tom Taylor, a New York-based journalist who writes a daily newsletter for the radio industry compared the exits of Kevoian and Lee to an NBA team losing two veteran starters.

“You have to regroup and rebalance,” Taylor said. “You have to find a new center of gravity. I think the industry will give them that chance, but it’s certainly a new chapter for that show.”

**This video is not mobile friendly**

This video shows Nielsen Audio statistics for 6 to 10 a.m. weekdays during the third quarter of 2015. David Lindquist / IndyStar