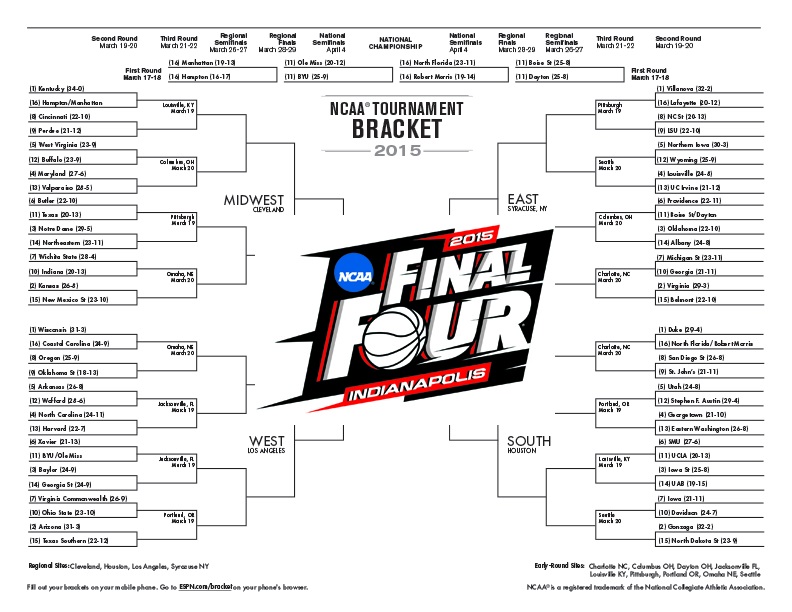 Indiana has always had special ties to college basketball.

The NCAA tournament starts this week, with 68 teams vying for a trip to Lucas Oil Stadium in downtown Indianapolis for the Final Four. Here’s a look at how Indiana has contributed to, defined, and furthered college basketball.

Indiana as a college hoops hotbed

Fresh in the state’s mind are Final Four trips by Butler in 2010 and 2011 and Indiana in 2002. But what often goes unnoticed but deserves the admiration of the other 49 states is the consistency with which Indiana places college teams in the NCAA tournament. In the last 43 years, only twice has the state of Indiana not been represented in the NCAA men’s basketball tournament. (Most recently, last year – an odd down year for the state’s major programs.) Butler, Indiana, Notre Dame, Purdue, and Valparaiso are all represented in the field of 68 this year, all hoping to play a national championship game in its home state.

Indianapolis as an opening round tournament site

Hoosiers love an underdog. That’s why Indiana is such a great place for opening rounds of the tournament, a flurry of games where fans not invested in either team on the floor can root for the David to topple the Goliath. Ten times in the tournament’s history has Indianapolis hosted first and second-round games. Though the city hasn’t had first-round games since 2005, the NCAA announced it will return to Indy for first weekend action in 2017. Bloomington, Evansville, Fort Wayne, South Bend, Terre Haute and West Lafayette also have at one time hosted opening round games, again going back to the 1940s.

Centered squarely in Big Ten country, Indy also is a rotating host of the men’s and women’s Big Ten basketball tournament, both of which will return to Bankers Life Fieldhouse in 2016.

Indianapolis as a Final Four host

2015 marks the seventh time the Final Four will have been played in Indianapolis (going all the way back to the 1940 Regional Final at Hinkle Fieldhouse). The NCAA’s commitment to the city has been strong – Indianapolis is on a five-year rotation to host the Final Four, scheduled to return again in 2021. The Indiana Sports Corporation has made attracting NCAA events a priority. As the Final Four, much like the Super Bowl, has become significantly more than the three games, Indianapolis has positioned itself very well as a premier host city for all associated events, as NCAA Men’s Basketball Championships Managing Director JoAn Scott told Inside INdiana Business.

The NCAA moved its headquarters to Indianapolis in 1999, opening a state of the art facility near White River State Park. The move also coincided with the opening of the NCAA Hall of Champions, positioning Indianapolis as the central spot for college sports at the Division I, Division II, and Division III levels.