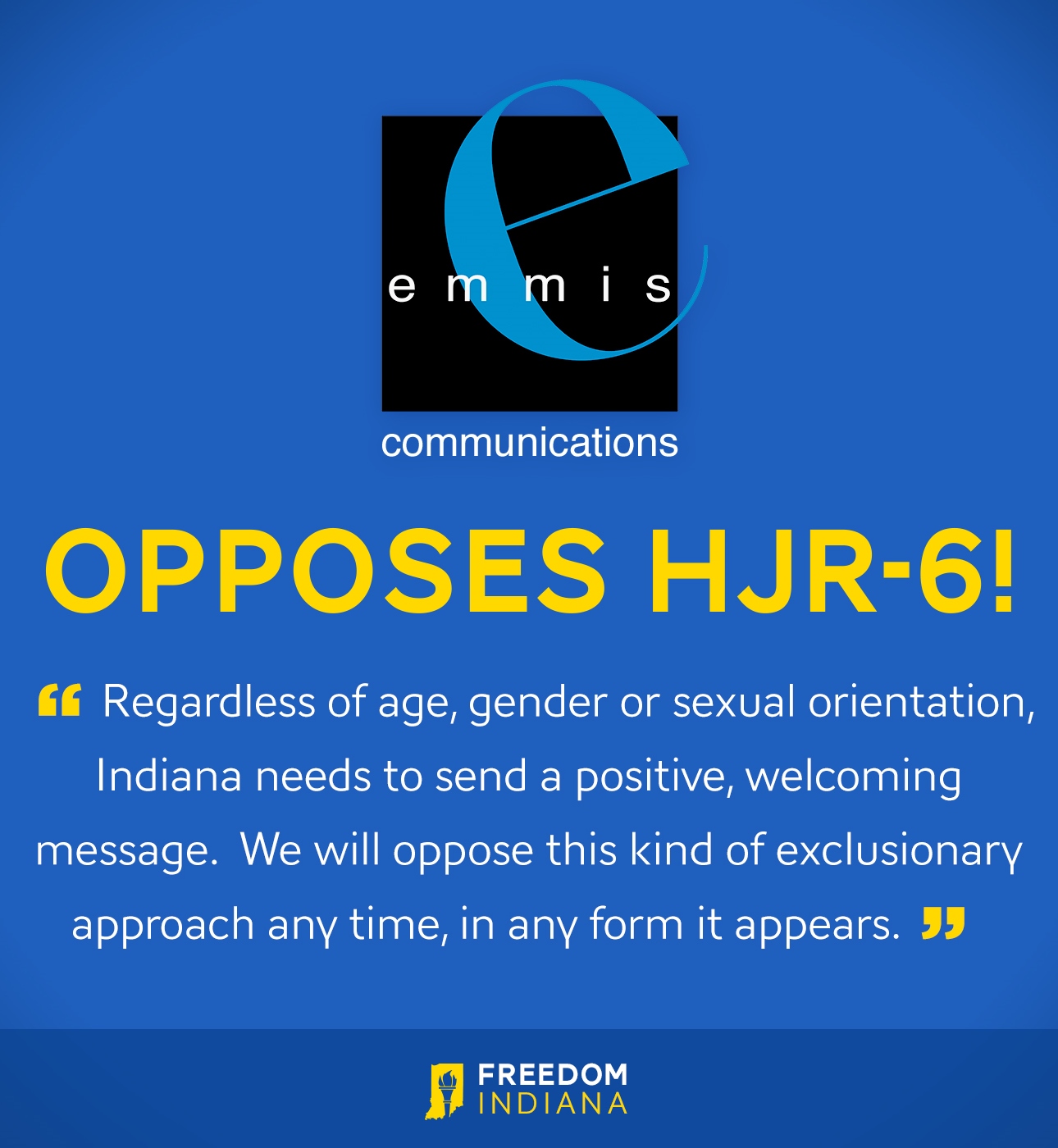 CEO Says “We will oppose this kind of exclusionary approach any time, in any form it appears”

Emmis Communications has announced its public opposition to Indiana House Joint Resolution 6, a proposed amendment to the state constitution that would legally recognize only marriages between one man and one woman.  Additionally, it would alter the state constitution to not legally recognize “a legal status identical or substantially similar to that of marriage for unmarried individuals.”

Read the full text at the Indiana General Assembly’s website.

“Indiana has traditionally had a friendly business environment that is the backbone of the Hoosier economy,” Smulyan said.  “This is two steps backward and runs counter to what businesses are demanding.  Regardless of age, gender or sexual orientation, Indiana needs to send a positive, welcoming message.  We will oppose this kind of exclusionary approach any time, in any form it appears.”

Supporters of the bill include the Indiana Family Institute, the Indiana Pastors Alliance, the Family Research Council, and Governor Mike Pence.

The Indiana General Assembly reconvened this week.  Debate on the proposed amendment will occur through spring as this will be one of the thorniest issues facing the Hoosier State in 2014.