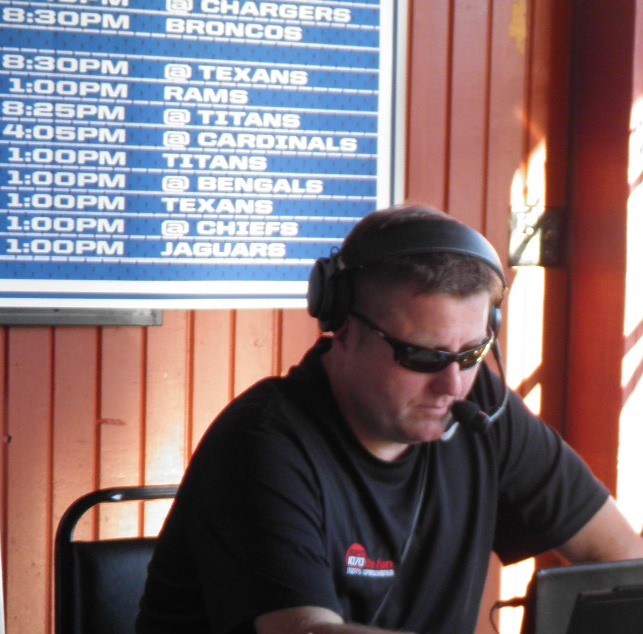 As Peyton Returns To Indy, We Remember It Was JMV Breaking The News On #18’s Neck Injury Severity

A sports commentator, for sure.  An entertaining radio host, yes.  But a reporter?  JMV?

Sports reporter is a title JMV most certainly earned after putting his professional reputation on the line two years ago.

While local fans obsess this week over Peyton Manning’s return to Indianapolis to play a football game for the Broncos, many will recall loads of great moments on the field here… and also recall the shock and awe of the news on the seriousness of his neck injury that forced him to miss a season, eventually leading to his departure from the Colts.

Over Labor Day weekend 2011, 1070/107.5 The Fan’s wildly popular weekday afternoon drive host issued a Twitter entry that Peyton Manning would be out indefinitely. This was the first such report on the seriousness of the injury condition of the Colts star quarterback and it sent shock waves through the entire sports world and also scooped all local & national media.

The story put JMV and WFNI’s credibility on the line. The Colts would not confirm details of his report and soon after national football journalistic giants Sports Illustrated’s Peter King and ESPN’s Chris Mortenson issued their own tweets with conflicting info.

JMV told his radio show audience the next day “I will stand by it.  I will stand by it until I’m proven wrong”. Sure enough, later in the week the Colts confirmed that Manning had another surgery and will not play for a while.  JMV and 1070TheFan were vindicated.  They had the facts correct.   It was responsible journalism.

This entire process had a déjà vu feeling for 1070AM from a decade prior when then WIBC Sports Director Vince Welch broke the story of the Colts firing then Head Coach Jim Mora.  Admittedly, new distribution vehicles – social media, mobile phone & the internet – have broadened information dissemination considerably.

But JMV’s breaking the severity of Peyton’s neck injury proved again that radio is still winning because communication is about more than just the distribution of audio over a frequency.  It’s about content generation, and that takes professionals with acumen to aggregate, discern & verify what’s entertaining or informative no matter what platform you deliver it over.  And radio stations with their on air personalities have been doing this for generations.

Of course, when you break such important news or provide unique entertaining content, you establish a brand identity no matter the distribution vehicle.  And both 1070/107.5 The Fan & JMV continue to prove that whether on air, online or with social media, you can count on these special radio pros to inform or amuse & delight you.