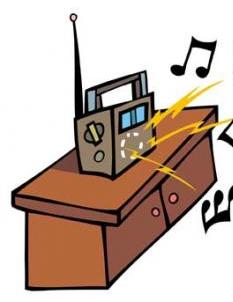 Seldom A Passive Experience, Spoken-Word Radio Is Different: The Content Engages The Consumer!

While attending the Borrell & Associates’ Local Online Advertising Conference last year,  I was lucky enough to spend a half-hour or so speaking one on one with the founder of the conference, Gordon Borrell.  During our conversation we got into the differences between online media and its older brothers, Radio and Television.

When describing online advertising, Borrell used the phrase, “forward-leaning media”.  When you’re online, it’s seldom a passive experience.  You’re searching, watching a video, reading or in some way engaging and interacting with the content being delivered.  You’re body language is “leaning forward”.  Compare that to TV and Radio where, in Borrell’s view, people generally leaning back and are passively entertained.

That got me to thinking about my broadcast experience.  I’ve been in Radio 3 decades this year.  The first half of those 30 years was spent behind a microphone as a country music disc-jockey.  The second half was spent as a marketing executive and sometimes talk show host.  My experience as a music jock and talk host couldn’t have been more different.

With Music Radio, It’s About The Songs (and more passive listening)

As a music disc jockey, you speak a few seconds at a time.  There’s little opportunity to develop meaningful ideas, the best you may do is get a one-liner or two out and get a few people to remember you.  The listener is there, after all, not for you but for the songs you play!  That’s not an indictment of music radio or the people on those stations.

As a music jock there were few times listeners would see me out and comment about something I had said or done on the air.

With Spoken-Word Radio, It’s About The Personality (and more engaging listening)

Talk Radio is different.  Even doing a once-in-a-while-Saturday-talk-program, I found that people wanted to talk about the things I said on the program.

There is something about the spoken word, the sharing of ideas whether they are political, sports, religious or DIY that keeps listeners mentally leaning forward—engaging, not just listening. When we’re listening to talk radio we’re thinking and participating.  Ever catch yourself talking back to Steve Simpson, Greg Garrison or Rush Limbaugh?  I know I do.  I get some funny looks at stop lights too.

The same is true in Sports Radio.  People are listening to and arguing with Dan Dakich and JMV while they’re on-air and I can prove it to you.  Follow JMV on Twitter, @JMV1070, then listen to his show and watch his Twitter feed during the show.  You can only have one caller on the air at a time, but Twitter allows anyone to comment in real time; no busy signals, no being put on hold, just type it in and let er’ rip.

What It Means For Your Business

This consumer engagement is good for marketers!  It means your message is more likely to make an impact.  It means endorsements on Spoken-Word formatted stations carry a great deal of weight since listeners are truly fans of the host and they listen to and interact with what he or she has to say.

It’s always been important to have the right marketing mix for your advertising, but, in the past decade the number of advertising venues available, mountains of data and the sheer volume of options have marketers looking for magic bullets.

The fact is this – the most important thing in advertising is to get people to pay attention to the message.  There are few places more effective at doing that than the original “lean forward” medium, Radio, and specifically the Spoken-Word Radio format.