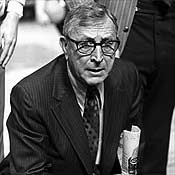 On The Eve Of The Tournaments, Some Basketball Trivia & Tibits

It’s been over a century since that first state high school basketball tournament, and the Hoosier State does not appear to be slowing down. -Sectionals of the 103rd Annual Boys State Tournament tips off this week at schools throughout the state.

So to get ready for Hoosier Hysteria and March Madness, here are some basketball-related tidbits about our state: Successful Hoosiers at All Levels -There are 10 Division 1 college basketball teams in Indiana – 6 public and 4 private.

-Indiana University leads all colleges in the state with 36 tournament appearances, capped off by 5 national championships.

-IPFW has never been to the NCAA tournament.  It has only played Division 1 sports since 2001.