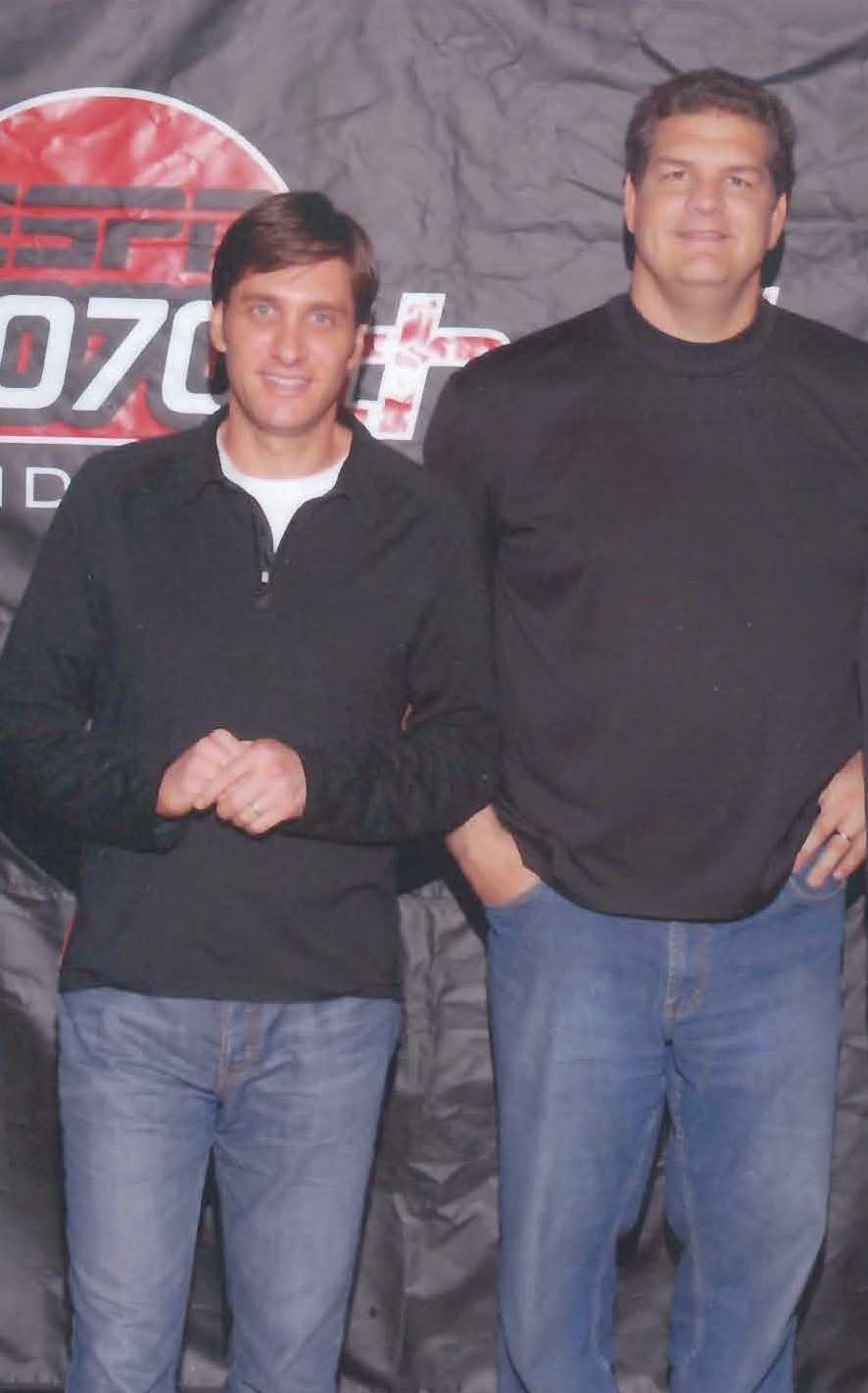 Morning Show Co-hosts discuss a wide range of topics about their program and Indianapolis!

ESPN Radio’s Mike Greenberg and Mike Golic are usually are the ones conducting an interview.  However, they found themselves on the other side of the microphone earlier this month while in town prior to the Super Bowl.

Mike & Mike agreed to discuss various topics with Radio Indiana such as their view on Indy as a sports town, their show’s popularity explosion in Central Indiana since moving to WFNI-1070TheFan, and how their distinct personalities compliment each other (“we’re like an old married couple” said Greenberg).

Greenie & Golic’s wit came through several times in a very entertaining 7 minutes in which they weren’t afraid to needle each other!

They also were insightful on what makes their show the most such a success with listeners & advertisers.  Excerpts along those lines include:

Mike Golic:  “We kind of pride ourselves on not being hosts that talk down to our audience, we kind of talk with them.  So we’ll come here and we’ll hang out, we’ll have conversations… we like to get on their level and talk to them, it’s always good to be out basically in the field (with fans of the show)… and people know more about our lives sometimes than we remember.”

About their evolution of weaving sponsors into the fabric of their show in a way that listeners don’t even know half the time that they are going from content to an advertiser.

Mike Greenberg:   “There is no show without that (advertisers) right? …at the end of the day you’re really working for two different sets of people.  You are working for your audience first and foremost, because you need them to support you, and then you’re working for your sponsors because if you’re going to not sell their product than someone else is going to come along and take your job.”

Hear more from two of the best in the radio business during this entire exclusive podcast.