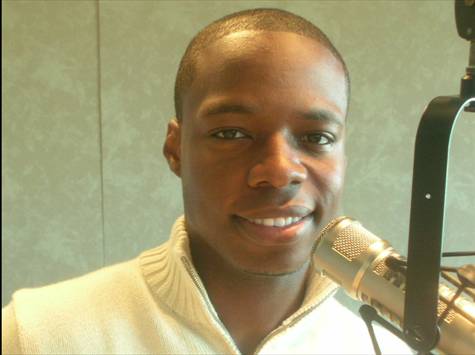 Michael is co-host of the Grady & Big Joe Show along Big Joe on 107.5/1070 The Fan. The Grady and Big Joe Show dives deep into sports both locally and on a national level– as well as takes your calls.

He came to New York from his native Indiana, where he was named the 2016 Indiana Sportscaster of the Year, as voted on by the Indiana Sportswriters and Sportscasters Association. Most recently, he was sports anchor at WRTV-TV, the ABC affiliate in Indianapolis, where he won an Emmy Award for his coverage of the 2016 Indianapolis 500. He also had been the Indiana Pacers’ public address announcer since 2010.

Grady received his Radio Marketing Certification from Vincennes (Ind.) University in 2003. He serves on the board of the Arts Council of Indianapolis, and has done work on behalf of the American Diabetes Association and the Gleaners Community Food Bank in Indiana.