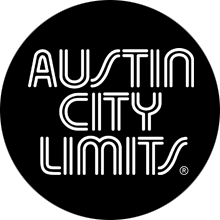 KGSR Rebrands To Align With ACL

Austin City Limits is the longest-running music series on American television.  As if that isn’t enough, the brand is one of the most prominent in music.  Hosting a yearly music festival that features the likes of Sir Paul McCartney, Metallica, Childish Gambino, and numerous other industry stars.  Yes, that’s just this year’s lineup.  Not to mention the numerous concerts hosted at the brand’s Moody Theater.

Yet, despite being intertwined with nearly everything that defines today’s music scene, until now, the iconic brand hasn’t had a radio station on its set list.

The move is one that few in terrestrial radio have experienced.  For years, satellite radio has catered the interests of niche consumers.  Stations like Willie’s Roadhouse or No Shoes Radio seek to hook a special kind of listener with a strong affinity to a particular artist.

However, KGSR’s new brand is less about appealing to a niche listener.  Austin City Limits features a variety of artists not confined to a specific genre or audience type.  It’s a brand with national recognition that includes a number of artists.

“We’ve got the historic artists from the Austin City Limits television show, and we can now play a little more Willie Nelson and Lyle Lovette and Stevie Ray Vaughn,” Emily McInthosh, KGSR’s program director, told The Austin Chronicle.  “On the other end, you have these mass appeal artists playing the festival and the venue, so we can lean in a little harder to Drake and Jay-Z and some of these breaking artists.”

For now, the partnership can only be heard over the air in Austin, but the possibility is there for the nation to hear.

Tom Gimbel was also interviewed by The Austin Chronicle.  He’s the general manager of the Austin City Limits television program, and believes the potential is there for everyone to hear the station.  “A lot of flagship stations around the country, whether it’s KXPN or KEXP, have a national listenership, and I think as this station evolves into what it’s going to become, the online component and reaching outside of Austin with ACL Radio could be really interesting,”

The muli-year agreement between Austin City Limits and Emmis’ KGSR officially took place in September.  Austin listeners can hear the station on 93.3 FM.