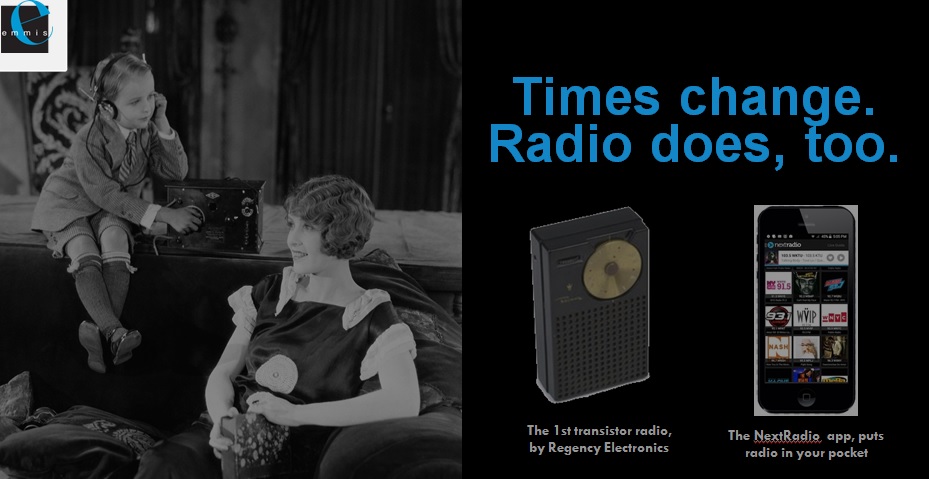 To Understand Medium’s Future, You Have To Know Its Past

By the editors of Media Life

Below are excerpts from one in a number of stories on radio in Media Life’s ongoing series “The new face of radio in America,” examining all the changes taking place in the medium. Click here for earlier stories.

Looking at the radio in our car or on a shelf in the garage, we probably see a device that plays music. We might listen to spoken word of talk shows or ball games.

We probably don’t think of it as a technology. We should.

Radio is arguably the most significant technology of the past century, certainly in its impact on American culture.

Before radio, back in the early 1900s, America was still a nation of small towns and farms, and the voices Americans heard were the voices of their neighbors.

What news they got of affairs beyond their towns was scant and dated, picked up from newspapers and magazines that came their way.

Suddenly, with radio, for the first time, America heard itself talk. Iowans heard the voices of Brooklyn, New Yorkers the voices of deepest Alabama.

What came out of it was a new, more common and inclusive vision of America.

It was the first people’s medium, the internet of its time.

Radios were cheap to buy, or you could build one yourself from a kit. People set up radio stations in their garages and over barbershops.

Radio was live, in real time

Together Americans followed blow by blow as Jack Dempsey knocked out Billy Miske in three rounds in 1920. They followed the counting of the election returns that put Warren G. Harding in the White House that same year. They listened as the New York Yankees beat the New York Giants in the first game of the 1921 World Series.

For the first time, politicians could speak directly to voters, and good speakers with powerful and commanding voices took to the airwaves.

Most famously, Franklin Roosevelt spoke to the nation in his “Fireside Chats” from the White House, selling voters on his plans for pulling the country out of the Depression.

But radio also enabled the rise in Europe of the likes of Germany’s Adolph Hitler and Italy’s Benito Mussolini, both powerful speakers adept at selling their brands of fascism to the vast audiences enabled by the new medium.

(As noted in a recent post on this site, Fidel Castro later effectively used radio to lead a revolution and then maintain Communism in Cuba.)

Before radio, advertising was sold as space in newspapers and magazines and on outdoor venues such as barns.

There were no pictures, there was a greater, more immediate energy. What you didn’t see you were invited to imagine.

You heard the clop-clop of the horses, the blazing guns of cops as they shot it out with the bad guys, singers crooned reasons to try a sponsor’s product.

It all aired live. Nothing could be pre-recorded. The early leaders of radio understood the power of their medium was its immediacy.

And the root of the medium’s success is in its intimacy, which still is strong today.

Next week’s post is a modern version I participated in depicting radio from these early days with a Christmas theme.  Stay tuned.  🙂