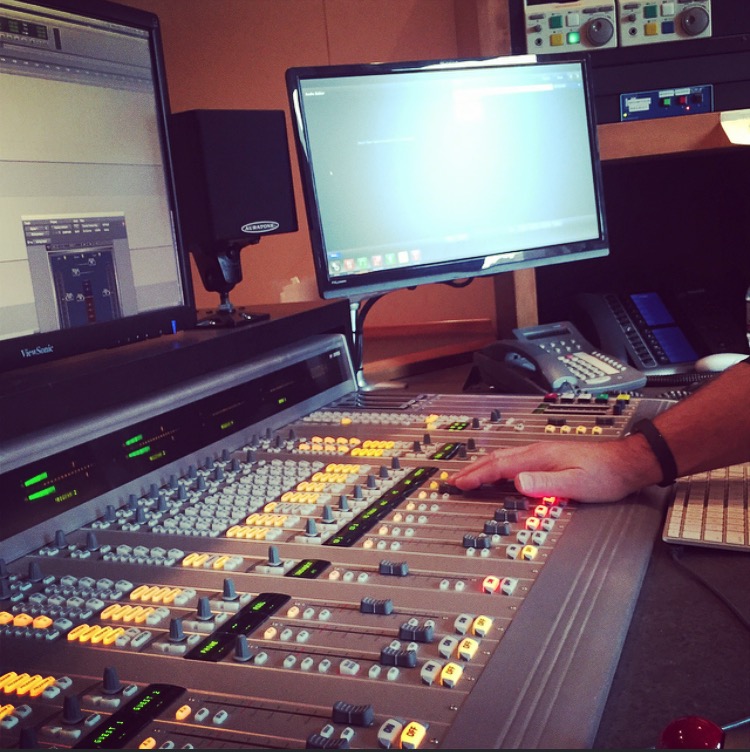 These two gentlemen are the creative geniuses behind the ads that you hear during commercial breaks on all of our sister stations, and also Network Indiana. Dan has been with the company for 20 years and has spent a total of 37 years in radio. Emmett is newer to our staff, joining us this past September, but has also worked for years in the industry, this being his 18th year overall.

Both men have had unique journeys to get them to where they are today,  but their love for their craft is a common thread that unites them.

Sponsors are mission critical in this industry.  What is the best part of your job as Production Directors involving them?

Dan: “I love the  psychology of their problem. It’s not more analytical than it is emotional, the behavioral analysis of a sponsor and their problems, and what I can do to make it better.”

Emmett: “I like to make them go, ‘Oh, wow, that’s really good.’ I like the wow factor. When they hear something that they have never heard before, or would expect to get it from a radio station, that’s what I like.”

What prior work experience and/or current skill set helps you the most now in this role?

Dan: “What helps me the most is the psychology background I have, and working with various amount of people and learning how to defuse situations, but also having the insight to see the intuitive side of people.”

Emmett: “I sold audio equipment, and I didn’t just have to know how to use it, I had to know how to use it better than anyone I talked to on the phone. During that time I trained my ear how as well to hear the subtle differences between things, and in doing that I was able to hear so much more.

What is the most memorable advertising project you’ve worked on?

Dan: “The things that I like are the David’s that are up against Goliath’s Or the ones that turn into Goliath’s.” Going onto say, “TelTec is a quintessential example of David and Goliath. A local phone company going up against the Verizon’s, AT&T’s and this guy has been running that campaign since 2009 and continues to grow today.”

About your own media interests & tastes… When you’re not working, what kind of radio programming or podcast do you like to listen to?

Emmett: “I watch shows and I listen to music, but I don’t consume media. I come up with better ideas when Dan pitches me something and I take it and run with it.”

And which person or site do you find most interesting on social media, and why?

Dan: “I am more of a renaissance man. I embrace the stuff that is happening now, and I’m in awe of it, but I don’t follow someone based on their writings.”

Emmett: “John Frost. He is the former imaging guy at KROQ Los Angeles. He is very funny and will post little things here and there that are funny. The guy is the king of the one-liners. I would love to have his creativity and humor.”