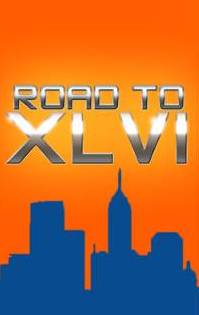 Plus peek at 1070TheFan’s upcoming coverage.

Yes, the 2012 Super Bowl is set to be a championship pro football game between the New England Patriots vs. the New York Giants.  But really the Super Bowl, the biggest annual domestic media event, is all about exposure for marketing & sales!

Whether it’s the city of Indianapolis using the event as an economic development platform, a national brand using the celebration for existing & prospective client customer entertainment, or an advertiser involved with game-week or in-game broadcast coverage, the exposure a Super Bowl offers for marketing and sales opportunities is a once-in-a-generation type thing for Hoosiers.

All of these scenarios are set to happen within the next 2 weeks, and any local advertiser affiliated with WFNI-1070TheFan gets the benefit of being on Indy’s top sports station which delivers results!

The Big Game’s unparalleled exposure for marketing & sales is indisputable.  And WFNI’s local radio coverage of it will be unmatched. ESPN Radio’s Mike & Mike, heard 6a-10a weekday mornings on 1070TheFan will originate from downtown Indy’s Pan Am Plaza the week of the Super Bowl.  ESPN senior coordinating producer Seth Markman said the public square with Lucas Oil Stadium as a backdrop “is going to be a huge meeting place for the fans” of the show who are encouraged to come watch Mike & Mike live and in person.

But WFNI’s locally produced Super Bowl related programming is what will really set it apart from other media competitors!

While other sports stations will remain largely in syndicated shows, music radio stations play song after song, and local TV stations return to daytime scandalous talk shows & soap operas, 1070TheFan will be live with exclusive interviews on location at the NFL Experience & downtown hotels the remainder of each day with the Grady & Big Joe show, The Dan Dakich Show and The Ride With JMV.  Especially unique insight is expected from Grady & Big Joe co-host Joe Staysniak, who has participated in the Super Bowl as both a player and broadcaster.

With this commitment to covering Indy’s big event, it’s not surprising 1070TheFan out draws listeners of all other local sports stations combined by a 10-to-1 margin.

Tune in and enjoy all that is about Indianapolis’ 2012 Super Bowl!