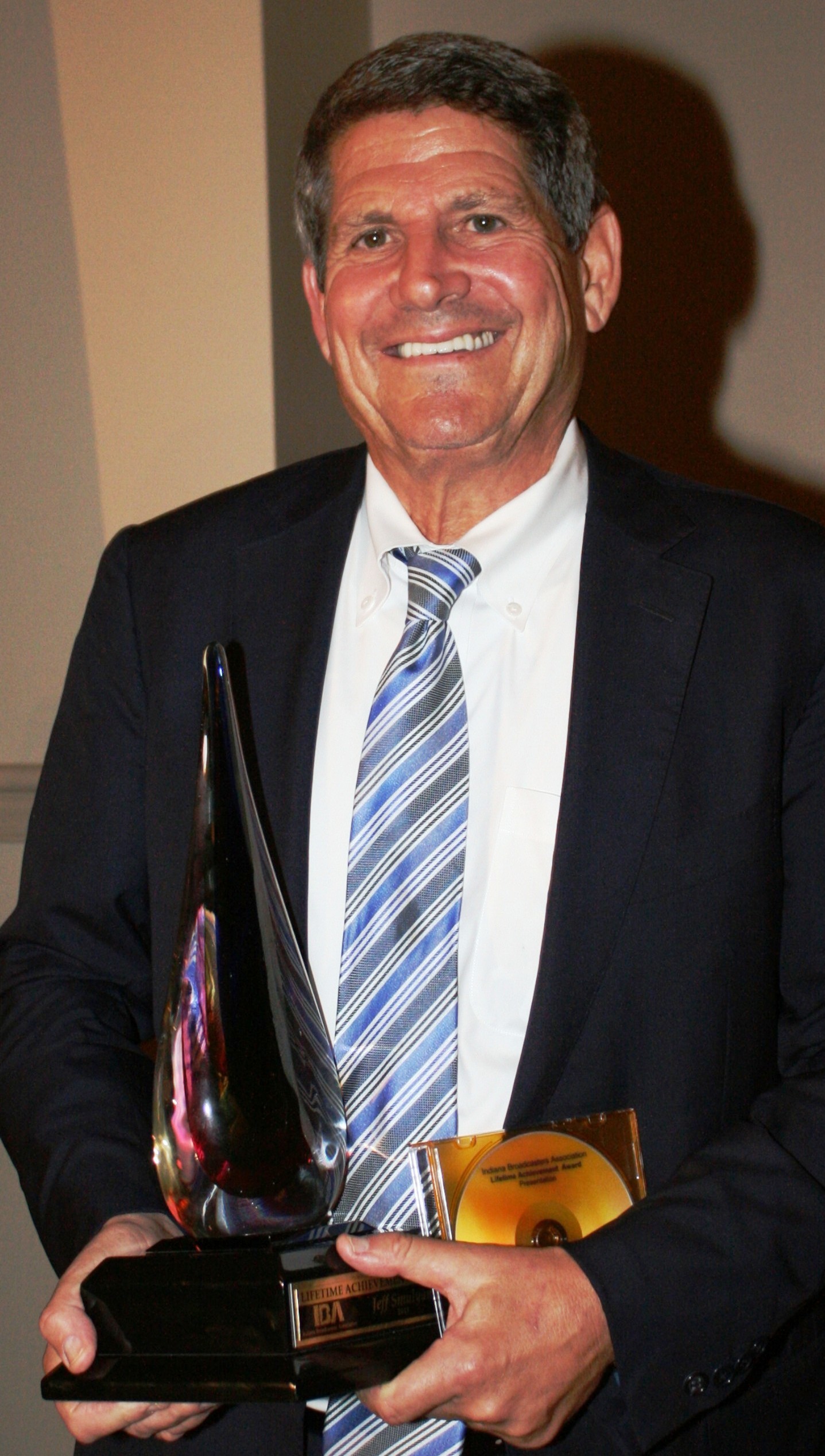 Emmis Chairman & CEO Jeff Smulyan was honored with the prestigious Indiana Broadcasters Association Lifetime Achievement Award at a reception in late 2011.  It was the latest recognition received by Smulyan, who founded the company over 30 years ago and has led to it to be the 9th largest radio group in the U.S (based on listeners).  He sat down with Radio Indiana recently to talk about this award and other several topics.

Radio Indiana: How were you first notified that you were even up for this award?

Jeff Smulyan: When I was told I’d won it.  Actually, a friend sort of slipped and said, “I nominated you for an award,” so I was sort of aware that I was up for something, but I had no idea exactly what and then I got the notification.

Radio Indiana: What does it means to be recognized as one of the all time greats in Indiana broadcasting?

Jeff Smulyan: The older I get, the more gratified I am with such things.  I’m always humbled when I am, or this company is, recognized or awarded because I love this company and what it stands for. And our (company’s) culture has endured through some pretty challenging times, and that probably makes me the proudest!

Radio Indiana: It’s well-known at some level, but go ahead and recount for a second how you got started in the radio business.

Jeff Smulyan: Well, I always loved it.  I was in school at the University of Southern California and somebody said, “study broadcast law and get a Law degree” so I did.  My dad talked me into coming back here.  He had a cousin who had a small station and said, “I’ll make the investment if you’ll come back and run it.”  I came back, fell in love with Indianapolis all over again.  And then a few years later, started Emmis with about $40,000 I had saved and $50,000 I had borrowed for a chance to buy our first station, which now Hank FM.  It was always my dream to start my own media company.

Radio Indiana: Hall of Fame careers are filled with ups and downs.  Is there a down or two that you’re okay with talking about?

Jeff Smulyan: I can talk about all of them.  Baseball was a down (Smulyan bought MLB’s Seattle Mariners in 1989) clearly, because we just didn’t have the capital to make it work.  I was a superstar at Seattle my first two years and my last year I was the biggest bum who ever lived… Going through the recession in the early ’90s, which was part of the baseball problem, was hard… and then this last downturn, was probably the toughest I have seen because radio was the business that grew between 4%-7% for 50 years, and then to see it drop by 20% and then 15% in two consecutive years, was just really tough!  It tested the grit of the people around here. I had a lot of friends who didn’t make it through this, but we have. And I’m forever grateful to all of the people around here who rolled up their sleeve ’cause it was difficult.  But we’re fortunate we’ve had more successes than failures.

In upcoming posts Smulyan talks about other topics such as hurdles starting in the business and launching Emmis; WIBC, first trying to compete against it and now owning it; and sports radio, first pioneering the format in New York over 25 years ago & now owning Indy’s popular 1070TheFan.