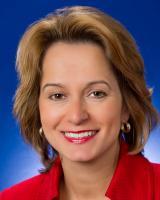 The end is here.  Campaigning will soon reach its final hours as Indianapolis residents head to the polls to choose the next mayor-elect. Incumbent Greg Ballard and his Democratic challenger, Melina Kennedy, have traded increasingly heated blows over the past months of the race – blows which some say have gone too far.  The media war has been a firestorm from both sides, with an increasing reliance on negative television and radio ads.

Both candidates, alleges Matthew Tully of the Indianapolis Star, have focused on the past – Ballard perhaps dwelling on accomplishments over future vision, and Kennedy criticizing what she says has not been an open and honest administration.

These final days and hours mean get-out-the-vote efforts from both candidates using expected tactics of ramped-up phone banks, public meet-and-greets, and even offering rides to the polling place, as reported by WIBC’s Eric Berman.

Indiana Governor Mitch Daniels has generally stayed on the sidelines in the race, but recently has stumped at private fundraisers and did voice a radio commercial for Mayor Greg Ballard. Both sides are claiming momentum heading into election day; the truth is that neither side has shown a comfortable margin. That said, don’t expect either candidate to let up in the push to secure your vote.

Early voting ran from October 31 – November 4. The general election is Tuesday, November 8, and polls are open from 6am-6pm that day. Use Indy.gov’s Polling Place Locator to confirm your registration and polling place.